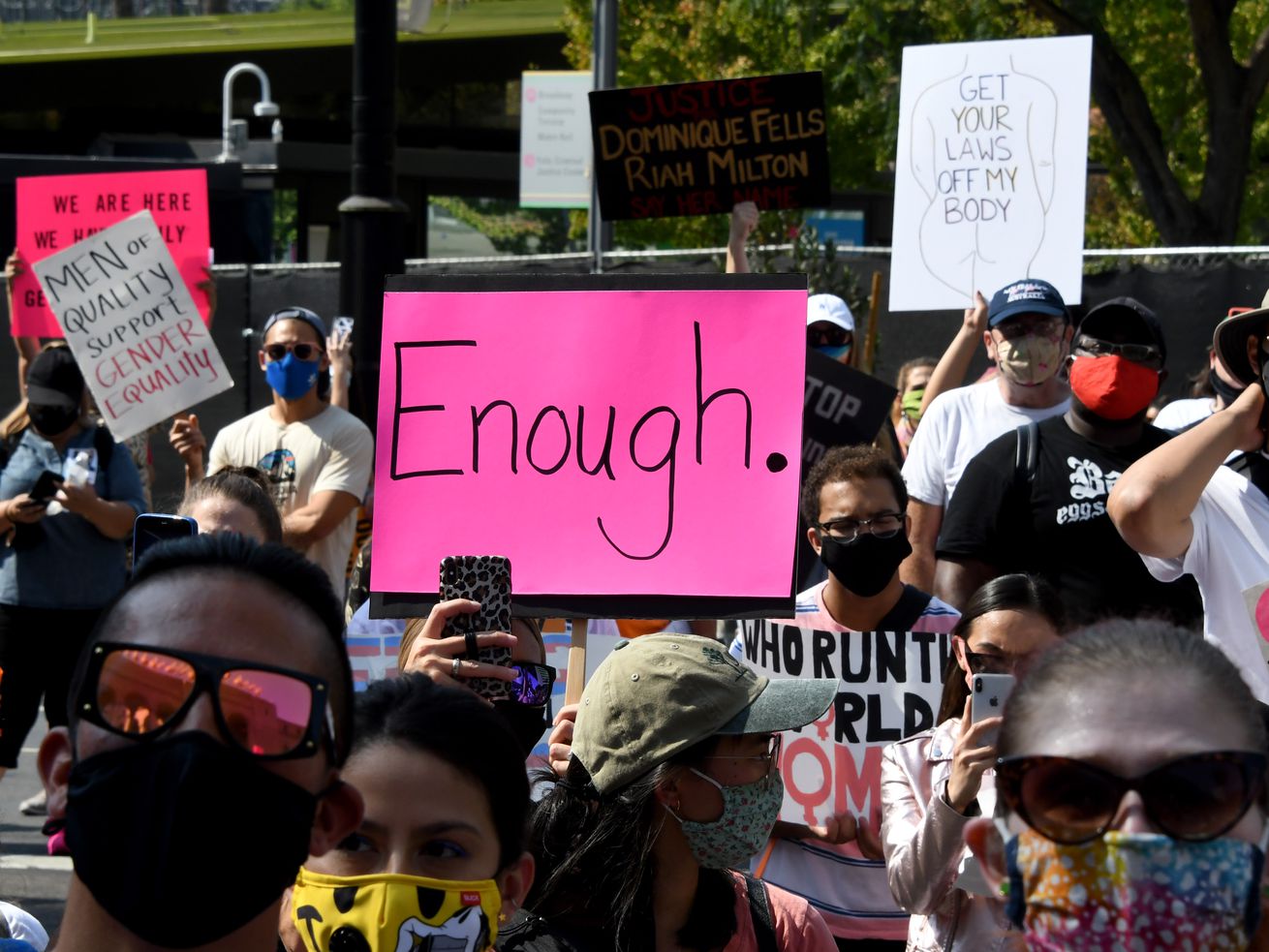 Women were central to delivering Biden’s victory — and many want him to advance policies that address gender disparities.

An overwhelming majority of voters want President-elect Joe Biden and the next Congress to advance policies related to gender equity upon taking office in 2021, according to a new poll provided exclusively to Vox.

The survey, conducted by Lake Research Partners in collaboration with the National Women’s Law Center, found that 83 percent of respondents want Biden and members of Congress to work on ending sexual harassment in schools and the workplace, 77 percent support policies that would help close the gender pay gap, 81 percent want to guarantee access to affordable, high-quality child care, and 56 percent want to protect and expand access to reproductive health care, including abortion. And 76 percent of Biden voters said the Trump administration’s approach to women’s issues motivated them to take political action, including voting.

These results suggest that the incoming administration would have broad support for prioritizing policies that address gender disparities as part of its legislative agenda, including proposals the Biden campaign has previously highlighted.

Biden’s “agenda for women” includes support for a policy based on the FAMILY Act, which would provide up to 12 weeks of paid family and medical leave for all workers, and up to $8,000 in tax credits to help low-income and middle-class families pay for child care. He’s also said he would restore federal funding for Planned Parenthood, which has been blocked under a Trump administration rule barring health care providers that receive Title X money from performing or referring for abortions. Biden has further noted that he’d push to reauthorize funding for the Violence Against Women’s Act, which allocates money to meant to prevent and prosecute abuse against women, within his first 100 days.

Conducted between October 31 and November 3, the poll surveyed registered voters who had already voted or planned to vote in the 2020 election. Questions about voting were fielded with 2,400 people, while the questions about specific issue areas reached a total of 1,200 people. The survey has an overall margin of error of plus or minus 2 percentage points, with a 2.8 percentage point margin of error for the issue questions specifically.

In addition to findings about different issue areas, the NWLC survey underscores just how much support from women — especially women of color — bolstered Biden: 53 percent of women polled said they voted for him, including 92 percent of Black women and roughly 60 percent of both Latina and Asian American and Pacific Islander women. (The survey notes the smaller sample size of AAPI women.)

“The widespread support for an agenda that truly focuses on and centers gender justice should be the big takeaway here,” said NWLC President and CEO Fatima Goss Graves. “People want equal pay; they want low-cost, accessible health care; they want affordable, high-quality child care; and they want to end sexual harassment and violence in schools and in workplaces — regardless of who they voted for.”

A renewed push for these policies comes as the coronavirus pandemic has exacerbated gender inequities even further.

As Bryce Covert previously reported for Vox, the lack of comprehensive paid family leave and child care options as well as COVID-19’s economic fallout have contributed to pushing thousands of women out of the workforce:

In August and September, 865,000 women left work altogether; in September, there were 2.2 million fewer women in the labor force than a year earlier. There are fewer women employed or looking for work, and more women simply sitting on the sidelines of the labor force, than any time since 1986.

Young mothers have been far more likely than fathers to say they couldn’t work due to closed schools and day cares, Covert noted. The paid leave included in the Families First Coronavirus Response Act — which guaranteed individuals up to 12 weeks of paid leave if they needed to take care of children whose schools or day cares closed as a result of the pandemic — helped some, but it wasn’t accessible to those working at larger companies with 500 or more employees. These departures could set women’s participation in the workforce back decades, Covert wrote.

Because of the pervasive effects of the pandemic, any steps the Biden administration takes to address ongoing disparities across work, education, child care, and health care are as pressing as ever. The results of the NWLC poll are among the data points stressing that — while simultaneously capturing how integral women were to Biden’s victory.