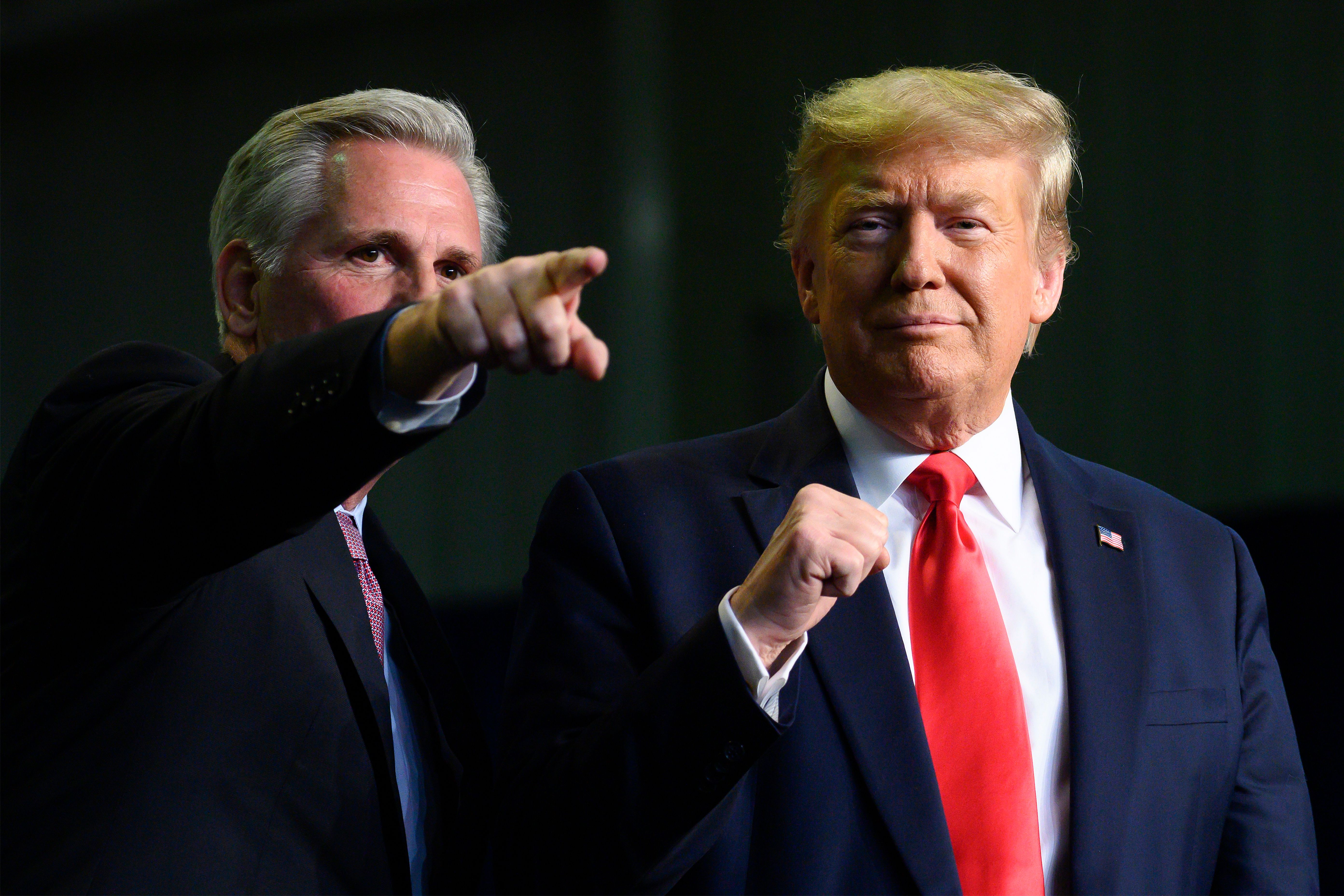 Speaking to outgoing Republican Senator Lamar Alexander on Sunday’s Meet the Press, Chuck Todd asked a question that has featured prominently ever since it became clear that Joe Biden had won the presidency. “It’s been 37 days since the election was called, six days since we know that enough pledged electors have been certified for the election,” he said. “And yet, on Wednesday, the president of the United States tweeted ‘#overturn.’ Is it about time for this to stop?”

Alexander was clear: “Well, Monday it should stop,” he said. The Electoral College was meeting and would cement what had been obvious for nearly six weeks, and had only been strengthened by demands for recounts and failed court challenges. “It’s very hard to say that Joe Biden’s not validly elected after Monday,” he added.

Monday has come and gone. The Electoral College did meet and Joe Biden was declared the winner for seemingly the millionth time. A day later, one domino did fall: Senate Majority Leader Mitch McConnell acknowledged that, come January 20, the United States would have a new president. “The Electoral College has spoken,” McConnell said from the Senate floor. “So today, I want to congratulate President-elect Joe Biden.”

But otherwise very little changed. Instead of acknowledging that Biden had won, Republicans turned their attention to January 6, when Congress will certify the presidential results—the idea being that Congress can somehow deny him the presidency by objecting to the results, a last-ditch gambit that is almost certain to fail.

The persistent pattern of this post-election period indicates that Joe Biden will continue be treated as an illegitimate president by rank-and-file Republicans in Congress—including, it seems, by House Minority Leader Kevin McCarthy, who continues to deny the result of the election. The press seems eager for Republicans to come to their senses, sending out breaking news notifications when McConnell belatedly acknowledged that Biden was indeed the president-elect, but the press, like Biden, should stop holding its breath. They should both come to terms with the fact that a lot of Republicans are not going to ever accept the result of this election.

The volume of challenges brought on behalf of the Trump campaign has given the 2020 election a Groundhog Day feel. Every time Biden clears another frivolous hurdle, it’s as if he won the election again. The Trump campaign has lost 59 court challenges and won only one—a minor, technical suit in Pennsylvania that had no bearing on the state’s election result. Efforts to sway state legislatures into replacing their state’s electors have similarly failed. Trump’s longstanding back-up plan—challenge the election all the way to the Supreme Court, which he believes is loyal to him—has been a non-starter.

There has been hope, as each of these milestones has been cleared, that Republicans will see the light. For the press, this would also be a sign that the Republican Party was finally moving on from Donald Trump. If congressional Republicans “want to be taken seriously—including by the new president—they need to stop giving aid and comfort to Trump’s delusions about a rigged election,” wrote the Los Angeles Times’ editorial board earlier this week. Once Joe Biden is acknowledged as the legitimate president of the United States, the Republican Party—and, by extension, American politics—can, at long last, begin its arduous path back to normalcy.

Instead, Trump and the majority of Republicans have moved the goalposts. First, we were told that Trump would be declared the winner after recounts and legal challenges were completed. Then, after the Electoral College stepped in to straighten out a crooked election. Now, the plan is for Congress to step in and challenge the results. When that fails, attention will turn to January 20, when Biden is inaugurated. After Biden is inaugurated, Trump and congressional Republicans will continue to insist he won—and demand that action be taken to reverse the outcome, whether via special prosecutor or other means.

Wednesday’s Senate hearings on election security are a case in point. Despite overwhelming evidence presented by former cybersecurity official Christopher Krebs, who was fired for rightfully acknowledging that there was no evidence of election fraud, Senate Republicans used their platforms to endlessly recite conspiracy theories about the 2020 election a day after the media applauded McConnell for doing the bare minimum of acknowledging that Biden is going to be president.

This is the new reality: Republicans persistently attacking the democratic process in the face of overwhelming evidence that the 2020 election was fair and legal. There is not going to be a eureka moment, in which Republicans realize their assaults on democracy are futile and harmful and that Biden is the country’s rightful and legitimate president. Instead, bogus claims of electoral fraud will be wielded as an excuse for obstruction at every turn.

For the press, this requires a tougher stand when it comes to GOP intransigence. It’s not enough to continue to ask when Republicans will accept the election. They’re not going to.