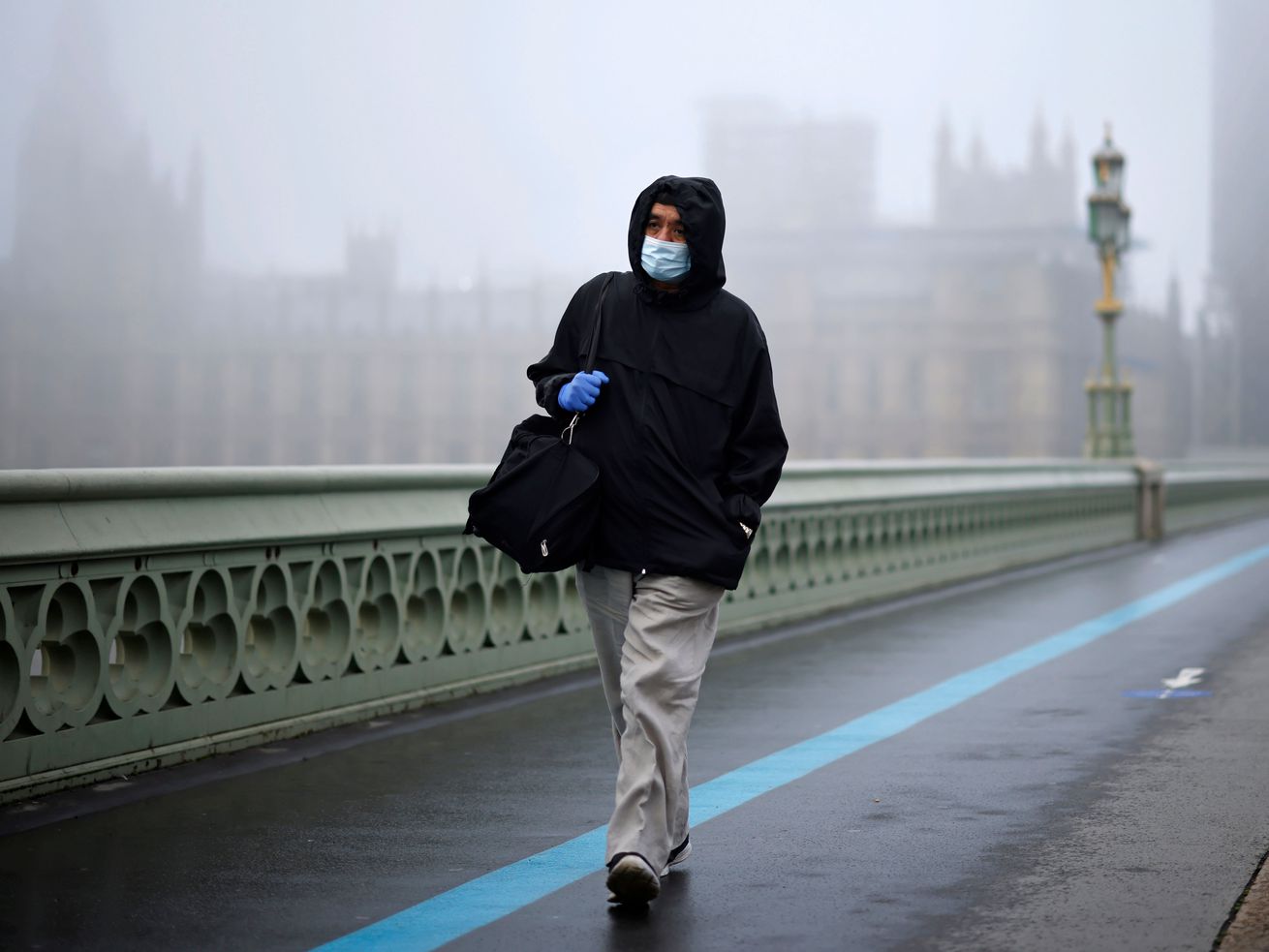 Facing a new, and potentially more contagious, variant of the coronavirus, UK Prime Minister Boris Johnson is implementing lockdown measures in London and throughout southeast England that include a ban on holiday gatherings outside immediate households.

Coming after months of a patchwork response to the pandemic from Johnson’s administration — and a week after assurances that Christmas celebrations with up to three separate households would be permitted — his critics are pointing to this latest response as further evidence of shaky leadership amid a crisis that has led to nearly 2 million Britons infected with Covid-19, and has killed more than 67,000.

Johnson announced the measures on Saturday following an emergency cabinet meeting in which top government officials discussed a new strain of the coronavirus that the prime minister said is 70 percent more transmissible than previous versions. Some experts have cautioned that more study must be done to prove whether the mutation is actually more transmissible.

“When the virus changes its method of attack, we must change our method of defense,” Johnson said. “We have to act on information as we have it, because this is now spreading very fast.”

The announcement follows a week in which Covid-19 case rates in London almost doubled, and government officials said more than 60 percent of cases in the city are attributable to the new strain, known as VUI-202012/01.

This strain is not believed to be deadlier than previous variants, the nation’s chief medical officer, Chris Whitty, said.

“There is no current evidence to suggest the new strain causes a higher mortality rate or that it affects vaccines and treatments, although urgent work is underway to confirm this,” Whitty said.

The latest lockdown is the country’s strictest since March, and will go into effect on Sunday. It will be reviewed again on December 30, and is an attempt to stop the spread of the new strain beyond England’s southeastern region and its center, London, Johnson said on Saturday.

The new restrictions dictate that nonessential travel — defined as travel for work, education, or health care — in the region is banned. Nonessential shops and businesses, including gyms, salons, and movie theaters, are ordered closed. The area has been placed in the newly created Tier 4 on England’s tier system of risk, with areas designated Tier 1 considered to be places where Covid-19 is more under control.

For weeks, Johnson has struggled to balance a strong public health response to rapidly growing case numbers with pressure not to further damage the economy. As the Christmas holiday period approached, he pledged to loosen restrictions to allow five days of subdued merriment.

The British Medical Journal and Health Service Journal published a joint editorial this week, criticizing the government’s response to date, and saying that allowing even small holiday gatherings could lead to a spate of new infections that would overwhelm the National Health Service.

“The government was too slow to introduce restrictions in the spring and again in the autumn. It should now reverse its rash decision to allow household mixing,” the editorial read.

Now, however, Johnson appears to have taken that advice, up to a point: Areas outside of the Tier 4 zone will be allowed to have gatherings on Christmas — although for one day, rather than the multiple-day gatherings Johnson recently promised.

And overall, he said, the lockdown is part of an effort to slow the spread and flatten the curve, in order to prevent strain on hospitals.

“Without action the evidence suggests infections would soar, hospitals would become overwhelmed and many thousands more would lose their lives,” Johnson said Saturday.

Johnson has been criticized for acting too slowly throughout the pandemic

Other countries, including Italy, Austria, and Germany, have also tightened restrictions in response to the holiday season. In France, bars and restaurants are ordered closed and a curfew is in place; on Thursday, President Emmanuel Macron announced that he had tested positive for the virus.

Notably, however, the US — which has one of the worst coronavirus outbreaks in the world — has not tightened restrictions on the national level. And Johnson’s decision received pushback from his American counterpart, President Donald Trump, Saturday afternoon, with Trump writing on Twitter, “The cure cannot be worse than the problem itself!”

We don’t want to have lockdowns. The cure cannot be worse than the problem itself! https://t.co/sHBJfG9T8X

Trump has been staunchly anti-lockdown in the US, ceding decisions on efforts to control the spread to state-level leaders. The US response has been haphazard at best, and about 300,000 Americans have died of the coronavirus this year. Both the UK and the US are in the top 10 of countries for per-capita deaths from Covid-19.

Johnson’s opponent in Parliament, Labour leader Sir Keir Starmer, also criticized the lockdown, but on the grounds that Johnson’s rapid changes of policy were confusing.

“I think the British public is entitled to more decisive leadership than that,” he said.

As Joanne Silberner has reported for Vox, Covid-19 cases have been steadily increasing across the UK since September. Johnson’s critics, Starmer among them, have accused the prime minister of a series of missteps that led to the country’s current crisis.

Among these missteps, Silberner describes poor handling of distributing PPE and implementing testing and contract tracing programs early on in the pandemic. NHS staffers faced a severe shortage of masks and other equipment in the spring, and hundreds of health care workers died. Testing efforts fell short in the spring, while a contact-tracing app faced challenges in the summer, and again during a second attempted roll-out in September.

Silberner also described an attempt to prioritize in-person dining over the summer, by subsidizing meals in August, a move that public health officials largely condemned.

“In a word, it’s nuts,” said Lawrence Gostin, director of the WHO Collaborating Center on National and Global Health Law at Georgetown University, about the dining subsidies. “In the midst of a pandemic, it’s actually directly opposite to what the public health evidence suggests.”

In spite of these missteps, Silberner describes a government that does not seem capable of learning from its own mistakes. This now appears to be playing out in Johnson’s endorsement of inter-household visits during the Christmas holidays.

People were likely to want some semblance of the traditions they were accustomed to. But Johnson’s efforts to preserve tradition have failed due to choices made weeks ago — and now the UK must face extreme measures as the government struggles to deal with significant spikes in caseloads.