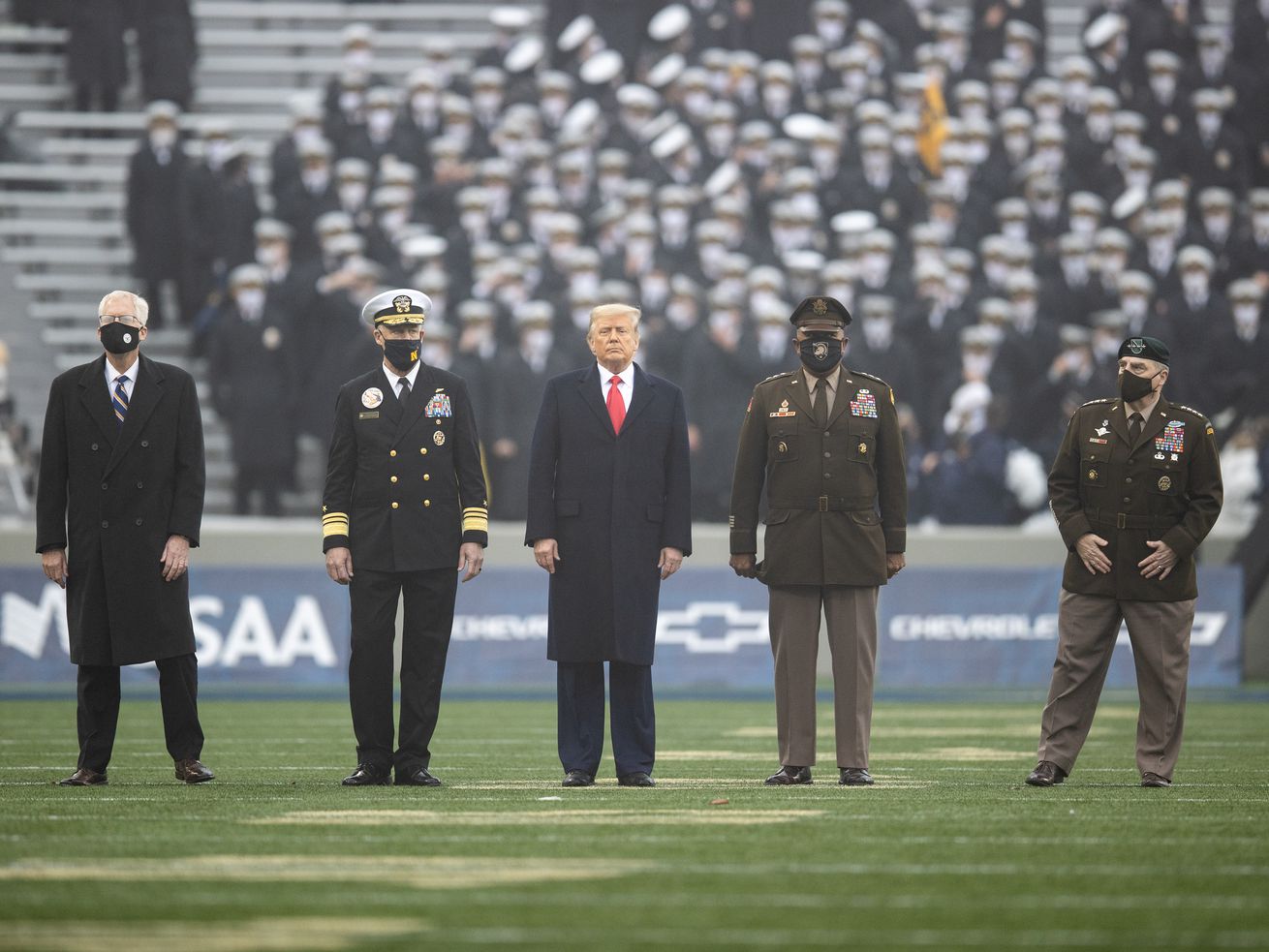 The NDAA has strong bipartisan support, but Trump kept thinking up reasons to veto it.

President Donald Trump on Wednesday vetoed a massive $741 billion military spending bill, which could lead to the first congressional override of a presidential veto during Trump’s time in the Oval Office.

Trump has been criticizing the National Defense Authorization Act (NDAA) for a while now. As Alex Ward explained for Vox:

Then, he said he’d torpedo the bipartisan legislation unless it repealed an internet free-speech law, allowing him to spew conspiracy theories on the internet unchallenged. And on Sunday, he pledged to block the bill because it’s not tough enough on China, despite it having what one Democratic Congressional aide described to me as “the strongest provisions ever to address the rising power.”

Democratic and Republican members of Congress have pushed back against Trump’s criticisms. They’ve argued that removing the names of Confederate generals is simply the right thing to do given the broader push to recognize and address systemic racism. They’ve also said that the internet free-speech law that Trump wants repealed is unrelated to a spending bill dealing with the military. (For more on the arguments around this, read Vox’s explainer.)

“It’s unconscionable that the President would choose to throw a wrench into the passage of a bill as critical as our nation’s annual defense bill,” Sen. Mark Warner (D-VA) said in a statement.

“The NDAA has become law every year for 59 years straight because it’s absolutely vital to our national security and our troops,” Sen. Jim Inhofe (R-OK) said in a statement. “This year must not be an exception.”

According to the New York Times, the House will likely convene to consider a veto override on Monday, and the Senate could do so on Tuesday. Two-thirds of each chamber must vote in favor of the override for it to succeed, and more than two-thirds in each chamber voted for the bill to pass it through Congress.

Veto overrides are very rare, with fewer than 10 percent of vetoes historically overridden. This would be the first override since Trump became president.