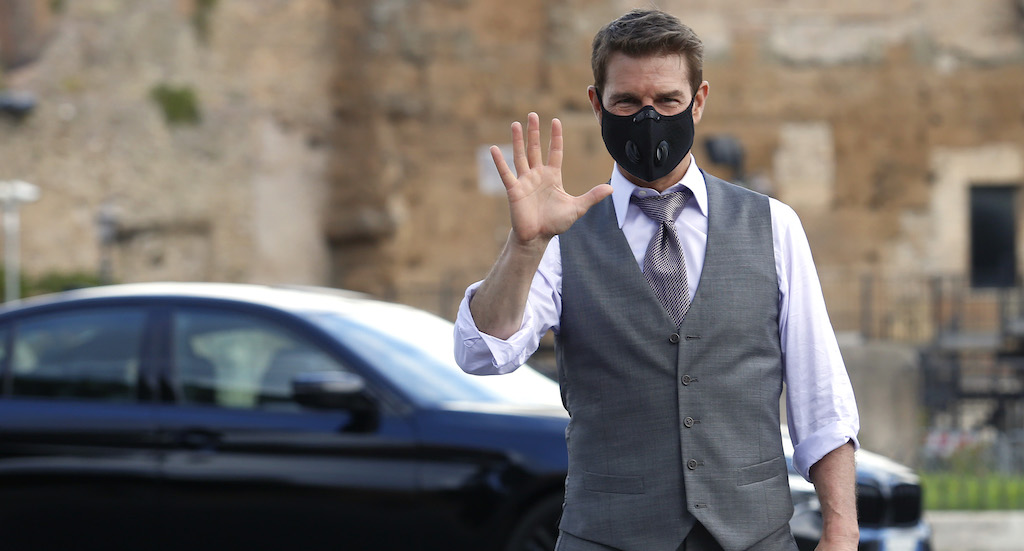 Tom Cruise might be losing his cinematic first-place space-race goal to Russia, but he’s not giving up on finishing Mission: Impossible 7 filming soon. Cruise’s infamous recent on-set tirade (launched at crew members who weren’t taking COVID protocols seriously) was followed by a holiday break, but he’s reportedly planning on rolling camera again within days. He’s going to do so at a former military base, which sounds pretty hardcore, but alas, Variety reveals that this base had already been redeveloped as a studio that has hosted several blockbuster productions (including Guardians of the Galaxy, Skyfall, and Artemis Fowl) in recent years.

However, it’s notable that Cruise is returning to the U.K. to film before more people are vaccinated for COVID-19 and while cases are skyrocketing. Presumably, the new location (Longcross Film Studios) will make it easier to keep production in a sort-of bubble, though. Here’s what Variety has confirmed:

Variety has confirmed that Tom Cruise is back in the U.K. after a Christmas break Stateside, with production shifting from Warner Bros. Studios Leavesden to Longcross. The latter studio, which is in Surrey in Southeast England, falls within Tier 4 (the highest level of restrictions), although productions are allowed to continue under strict COVID-19 protocols. The film is expected to complete principal photography at Longcross.

Tom has shown already that he’s ultra-serious about social distancing and masking protocols, and he made it clear that he won’t shut down the production again. Hopefully, the new location will help everyone stay safer. Many people supported Tom’s message during his rant, although ex-Scientologist Leah Remini believes that Tom’s pulling a publicity stunt. Still, if that publicity stunt happens to keep people from getting sick, that can only be a positive effect. A source recently told People that Tom takes the breaking of COVID-19 protocols “personally” because these films “are very special to him. They are ‘his’ movies.”

Mission: Impossible 7 is scheduled for a November 19, 2021 release.