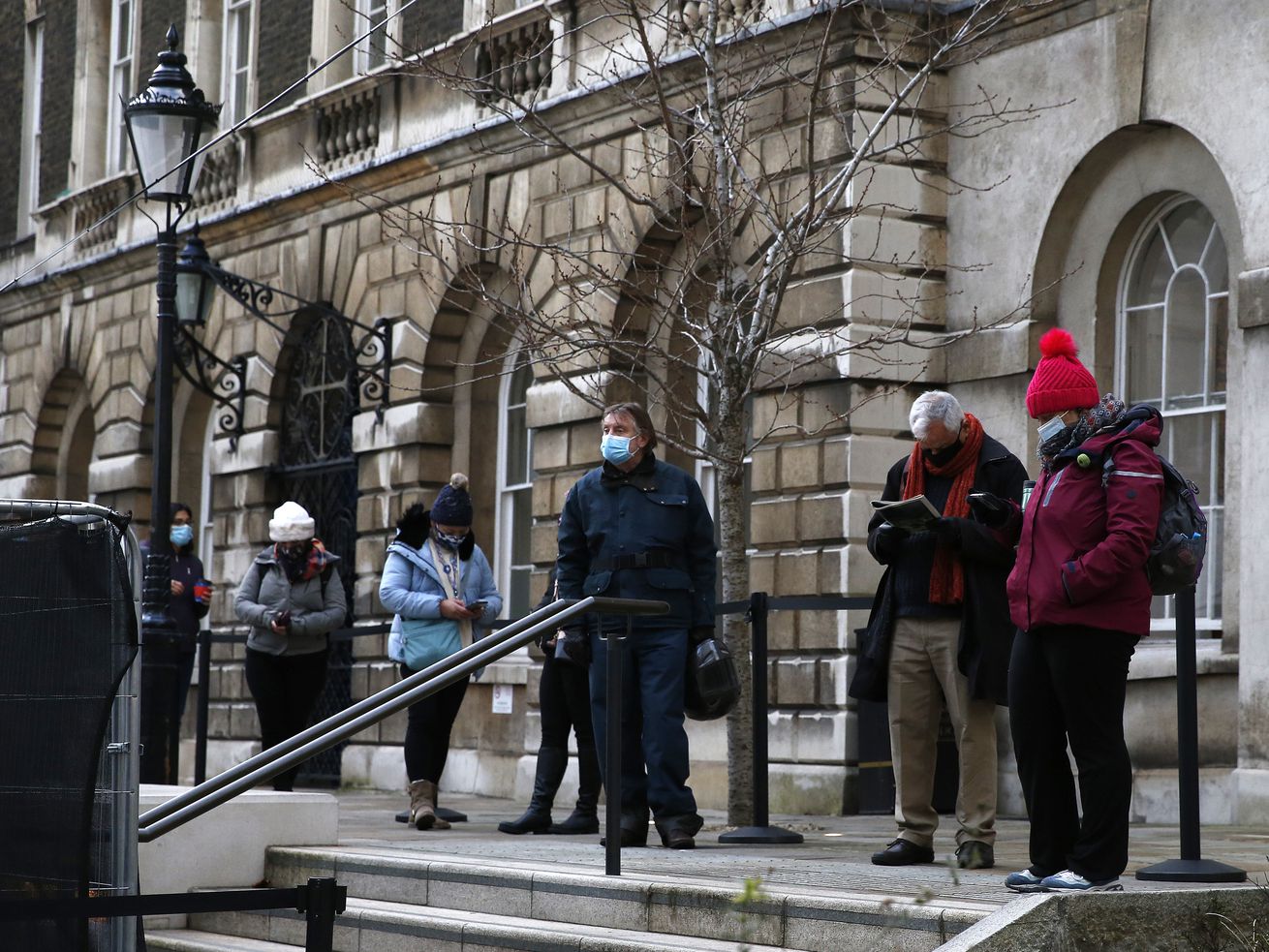 People line up to receive vaccinations on December 30 in London. | Hollie Adams/Getty Images

The AstraZeneca vaccine is cheaper and easier to distribute than other vaccines being deployed.

The United Kingdom on Wednesday authorized its second Covid-19 vaccine for distribution. Developed by the University of Oxford and AstraZeneca, the newly approved vaccine costs less and is easier to store than the Pfizer/BioNTech vaccine that received similar approval in the UK on December 2.

Officials said the advantages of the Oxford/AstraZeneca vaccine could accelerate the vaccination effort as the UK contends with a new, more transmissible variant of SARS-CoV-2, the virus that causes Covid-19.

“This approval means more people can be protected against this virus and will help save lives,” June Raine, chief executive of the UK’s health regulator, the Medicines and Healthcare products Regulatory Agency, said in a statement.

The UK aims to vaccinate 1 million people per week and is shifting to a more aggressive vaccination schedule, according to the New York Times. The country will administer the first vaccine dose to “as many people as possible,” rather than try to keep supplies in reserve to ensure everyone receives a second dose, as other countries, including the United States, have done so far.

The Oxford/AstraZeneca vaccine’s high stability and low cost could also be a boon to less wealthy nations. If its efficacy is high — and if the vaccine is distributed quickly — it could save countless lives. However, some lingering questions about the results of clinical trials for this vaccine are holding it back from approval in the US, which is conducting its own trials of the vaccine’s effectiveness.

In the UK, the Oxford/AstraZeneca vaccine is approved for people over the age of 18 and will normally be administered as two doses spaced four to 12 weeks apart. It costs $3 to $4 a dose and can be stored in regular refrigerators. By comparison, the Moderna and Pfizer/BioNTech vaccines that have received emergency use authorizations in the US cost between $15 and $25 per dose and require freezers. The Pfizer/BioNTech vaccine in particular needs cold storage at minus 70 degrees Celsius (minus 94 degrees Fahrenheit) or lower.

The Oxford/AstraZeneca vaccine also uses a different technology from the Covid-19 immunizations approved so far. The Pfizer/BioNTech and Moderna vaccines harness a molecule called mRNA as their platform to deliver the instructions for making a part of the SARS-CoV-2 virus. Oxford and AstraZeneca used a different innovative method, reprogramming another virus to transmit DNA instructions for making parts of the SARS-CoV-2 virus. Using another virus to package and deliver genetic material helps the Oxford/AstraZeneca vaccine remain stable even at higher temperatures.

However, Oxford and AstraZeneca encountered some problems in their clinical trials, including a dosage mistake that led to one group receiving less than a full dose for their initial shot. So far, its efficacy seems to be less than that of the Moderna and Pfizer/BioNTech vaccines, though well above the 50 percent threshold the Food and Drug Administration and the European Medicines Agency set for vaccine approval.

But the actual efficacy value remains unclear, ranging between 70 percent and 90 percent efficacy in preventing Covid-19. And Oxford and AstraZeneca have been cagey about certain details surrounding their research.

During a press call December 30, Moncef Slaoui, the scientific lead for the US government’s Operation Warp Speed, said it might be months before the US gives this vaccine the green light. “We project, if everything goes well, that the readout and emergency use authorization may be granted somewhere early in the month of April,” Slaoui said.

But as in the UK, having another vaccine available in the US, particularly one that’s cheaper and easier to store, would help control the spread of Covid-19. The US government has already invested $1.2 billion in the Oxford/AstraZeneca vaccine and has committed to purchasing 300 million doses.

Source: The UK approved the Oxford/AstraZeneca Covid-19 vaccine. The US might not get it until April.