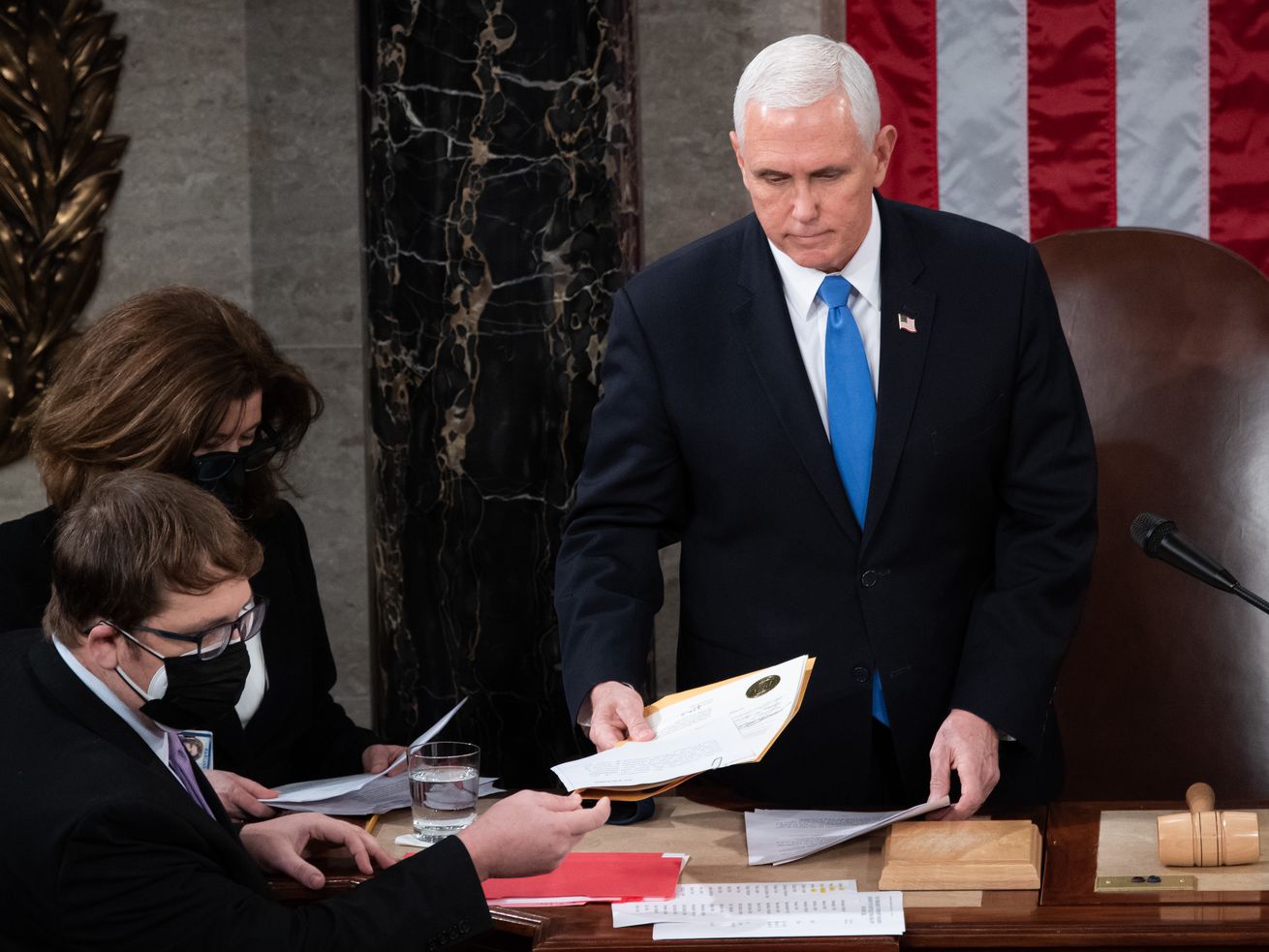 The vice president accurately said he had no power to do this — rejecting President Trump’s insistence otherwise.

Vice President Mike Pence has confirmed it: He will not attempt to throw out electoral votes from states that supported Joe Biden for president.

Pence’s office, in a statement Wednesday, rejected last-minute entreaties from President Trump, who wanted Pence to interfere in Congress’s count of electoral votes in an unprecedented way to block Biden’s win.

“It is my considered judgment that my oath to support and defend the Constitution constrains me from claiming unilateral authority to determine which electoral votes should be counted and which should not,” Pence wrote in a letter to members of Congress and released by his office.

Back in December, members of the Electoral College cast their votes in accordance with state results — 306 for Biden, and 232 for Donald Trump. The next and final step in making the results official before the inauguration is for a joint session of Congress to count those votes — with Pence presiding. That’s what’s happening Wednesday afternoon.

Previous vice presidents have taken a restrained role in this event, deferring to Congress and viewing their own job as mainly ceremonial. (The 12th Amendment says Pence’s job is to “open all the certificates,” and adds that “the votes shall then be counted.” So technically, he’s not even in charge of counting, just of “opening.”)

In recent weeks, though, Trump and some of his supporters have embraced the fanciful legal theory that because Pence is presiding, he also has power to interfere with the count, by unilaterally choosing to throw out electoral votes he doesn’t like.

The Vice President has the power to reject fraudulently chosen electors.

On Monday night, Trump said at a rally in Georgia, “I hope that our great vice president comes through for us. He’s a great guy. Of course, if he doesn’t come through, I won’t like him quite as much.” Trump and Pence reportedly met at the White House on both Monday and Tuesday.

But Trump’s assertions have no basis in the law or the Constitution, as Pence recognized. “Our Founders were deeply skeptical of concentrations of power and created a Republic based on separation of powers and checks and balances under the Constitution of the United States,” Pence’s letter reads. “Vesting the Vice President with unilateral authority to decide presidential contests would be entirely antithetical to that design.”

You can read Pence’s full letter at this link, or below.