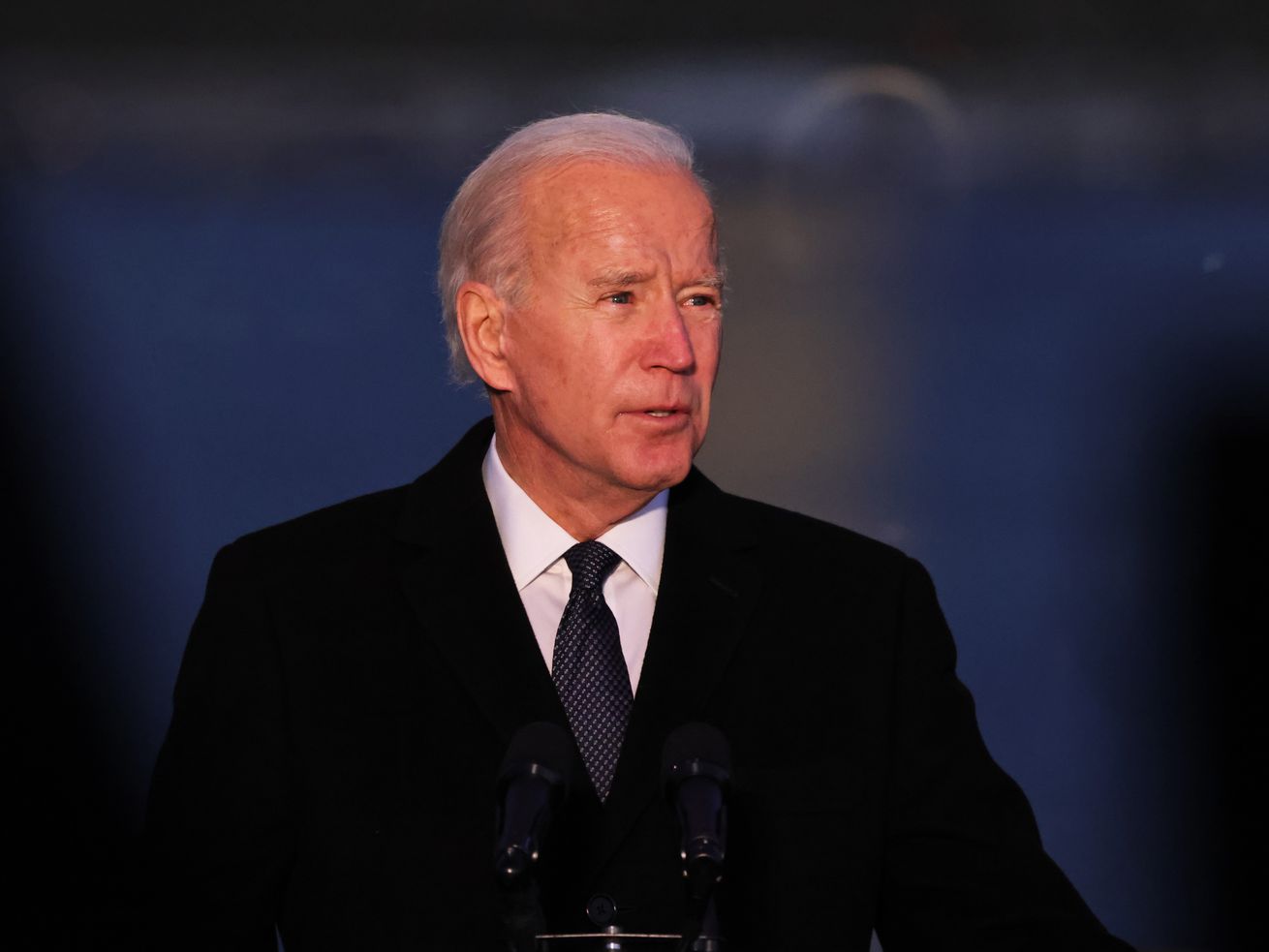 Joe Biden at a memorial for victims of the coronavirus pandemic on the eve of his inauguration in Washington, DC. | Michael M. Santiago/Getty Images

The goal is to help Biden make enough vaccines for at least 100 million people in his first 100 days.

The move, part of a slew of executive orders at the start of his administration, will specifically allow government agencies like the State and Defense Departments to use the law to get materials to make more vials, syringes, and more.

This executive order signed on Thursday, titled “Executive Order on a Sustainable Public Health Supply Chain,” authorizes those agencies to “to fill those shortfalls as soon as practicable by acquiring additional stockpiles, improving distribution systems, building market capacity, or expanding the industrial base.”

Biden’s team promised to use the DPA, which allows the government to mandate the production and acquisition of much-needed materials, in December. At the time Biden and his staff said the US needed to ramp up its production of materials to vaccinate 100 million people in the administration’s first 100 days.

“The idea there is to make sure the personal protective equipment, the test capacity, and the raw materials for the vaccines are produced in adequate supply,” Dr. Celine Grounder, a Biden adviser on Covid-19, told CNBC.

Twenty-six Senate Democrats wrote to Biden on the day before his inauguration asking him to invoke the DPA, making a formal request in part because former President Donald Trump initially hesitated to use those broad powers.

“Given the continued supply chain issues that we have seen over the past year, we believe it is in the best interest of the American public to shore up our access to critical supplies immediately and in the long term through all available DPA authorities,” wrote the group of senators, led by Tammy Baldwin (WI) and Chris Murphy (CT).

Biden clearly felt the same way, and he’s now approved a measure that he hopes will put the US on a path toward curbing the pandemic in America.

What is the Defense Production Act?

The DPA was inspired by laws from 1941 and 1942 that gave the White House the ability to tell private companies what to make for the good of the country.

Think, for example, of how Ford Motor Company made nearly 300,000 vehicles — including tanks — for World War II. Amended and altered over the years, the DPA allows the federal government to skip the line, so to speak, when it makes requests of private industries.

But Biden can’t just go to a company and say “produce this.” He delegates those requests to federal agencies, and the one that does the vast majority of the ordering is the Defense Department.

The president would authorize the Defense Department to place an order with a company — say, for a lot of syringes — and then the Pentagon would go to that company and ask it to produce those syringes. That company would then have to fulfill that order first before it could fill any other commercial orders, since the federal government gets priority.

Some critics of the law say it gives the government too much power to interfere in private industry. It’s a fair critique, but using the DPA is mostly meant to be invoked in a time of crisis for a major national priority. “Invoking the DPA is like calling in the cavalry in response to a national emergency,” Jerry McGinn, who ran DPA programs in the Pentagon, told me last year.

Few could argue that the coronavirus pandemic isn’t a crisis, or that protecting American citizens and getting them vaccinated doesn’t rise to the level of national priority. The DPA was “really made for a moment like this,” Sasha Baker told me last year before becoming a staffer on Biden’s National Security Council.

Source: Joe Biden will use the Defense Production Act in his anti-coronavirus effort