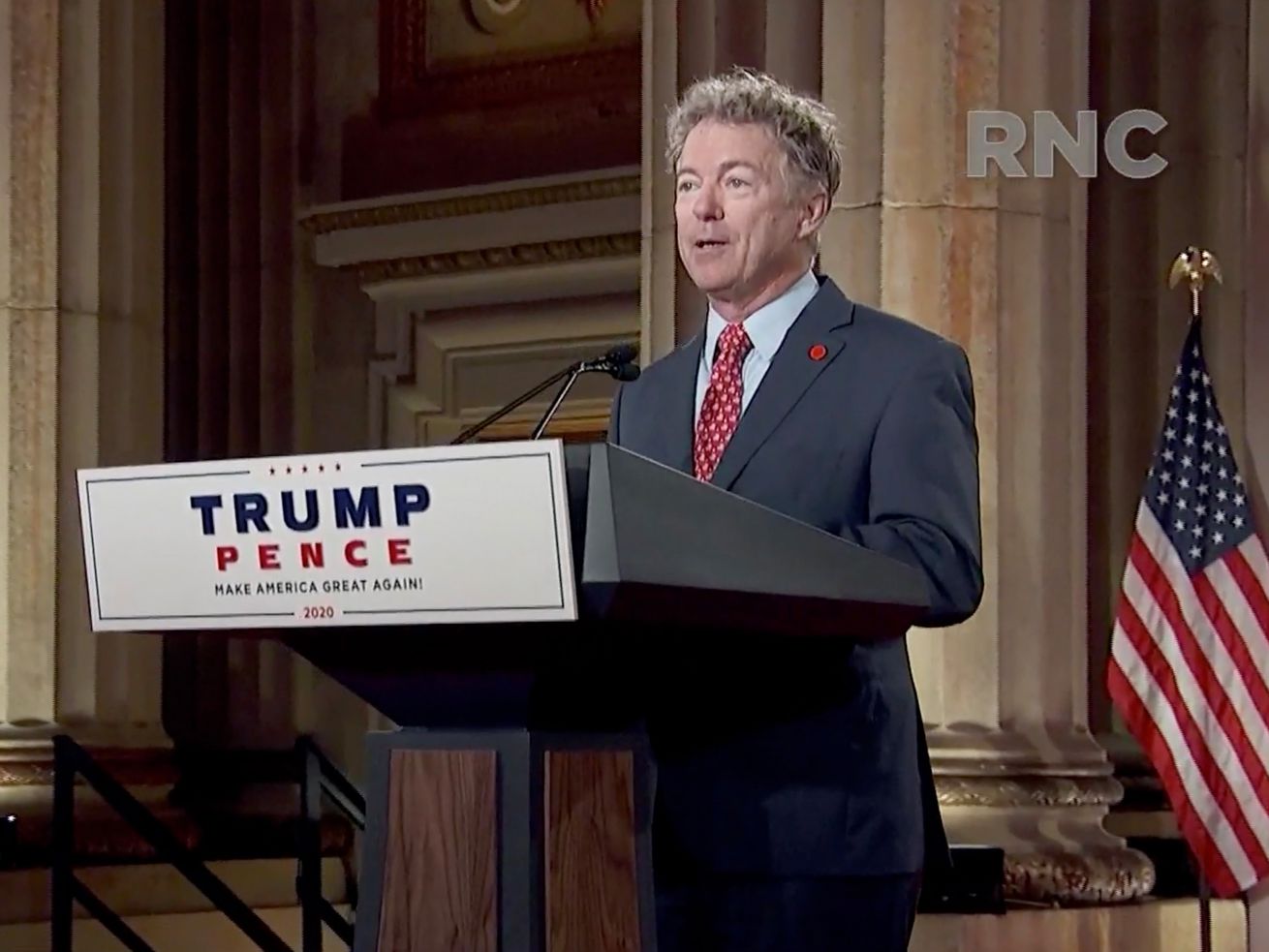 “Can’t you just say the words, ‘This election was not stolen?’”

Four days after the inauguration of Joe Biden as the 46th president of the United States, Sen. Rand Paul found himself unable to admit that the election that sent Biden to the White House was legitimate.

In a Sunday morning appearance on ABC’s This Week, the Kentucky Republican senator, who has repeatedly affirmed former President Donald Trump’s discredited claims of fraud in the November 3 election, declined to say that that election was not stolen.

“The debate over ‘whether or not there was fraud’ should occur,” Paul said. “We never had any presentation in court where we actually looked at the evidence. Most of the cases were thrown out for lack of standing, which is a procedural way of not actually hearing the question.”

Pressed repeatedly by @GStephanopoulos, Sen. Rand Paul won’t say the 2020 election wasn’t stolen, calls for investigation of fraud, but doesn’t provide evidence.GS: “There are not two sides to this story. This has been looked at in every single state.” https://t.co/P6iz1jjwYE pic.twitter.com/GeWSYe0Bs0

In fact, while some of the Trump campaign’s several dozen lawsuits in battleground states were dismissed or voluntarily withdrawn, many were heard and found to have no merit, a fact that host George Stephanopoulos raised in response.

“After investigations, counts and recounts, the Department of Justice, led by William Barr, said there’s no widespread evidence of fraud,” Stephanopoulos said, referring to the former US attorney general, who had been a staunch ally of Trump’s until he publicly stated that there was no evidence of widespread election fraud.

As Vox’s Ian Millhiser explained, “Trump’s post-election lawsuits failed for a variety of interlocking reasons,” but one of them was simply that “Trump and his allies just didn’t have very good legal arguments”:

In some cases, they brought penny-ante claims that couldn’t have changed the result of the election even if they prevailed. In others, they made factual claims that relied entirely on speculation — or even relied on conspiracy theories incubated on social media. In some cases, Trump or his allies made legal arguments that were the exact opposite of the arguments they made in other cases. There are no good legal arguments that could have justified tossing out the election results, and the clownishness of Trump’s legal strategy only drew attention to the weakness of his claims.

Stephanopoulos kept pressing Paul: “Can’t you just say the words, ‘This election was not stolen?’”

The senator declined to do so, instead pointing to polling that shows that a majority of Republicans do not trust the election’s outcome.

That mistrust is due to a host of factors, not least of which is the baseless assertions, repeated over and over, by lawmakers and other prominent conservatives that fraud took place. Trump himself led this effort, repeating these claims so often that, after a rally dedicated to this theme on January 6, his supporters tried to violently stop the certification of the election results by storming the US Capitol, in an attempted insurrection that ended with five deaths.

Nevertheless, after dozens of court cases, tense “Stop the Steal” rallies, and violence at the seat of the US government, Paul has pledged to spend his remaining two years in office fighting against alleged voter fraud.

He said as much on Twitter, following the TV appearance in which he refused to grant legitimacy to the same election process that has propelled him into power twice.