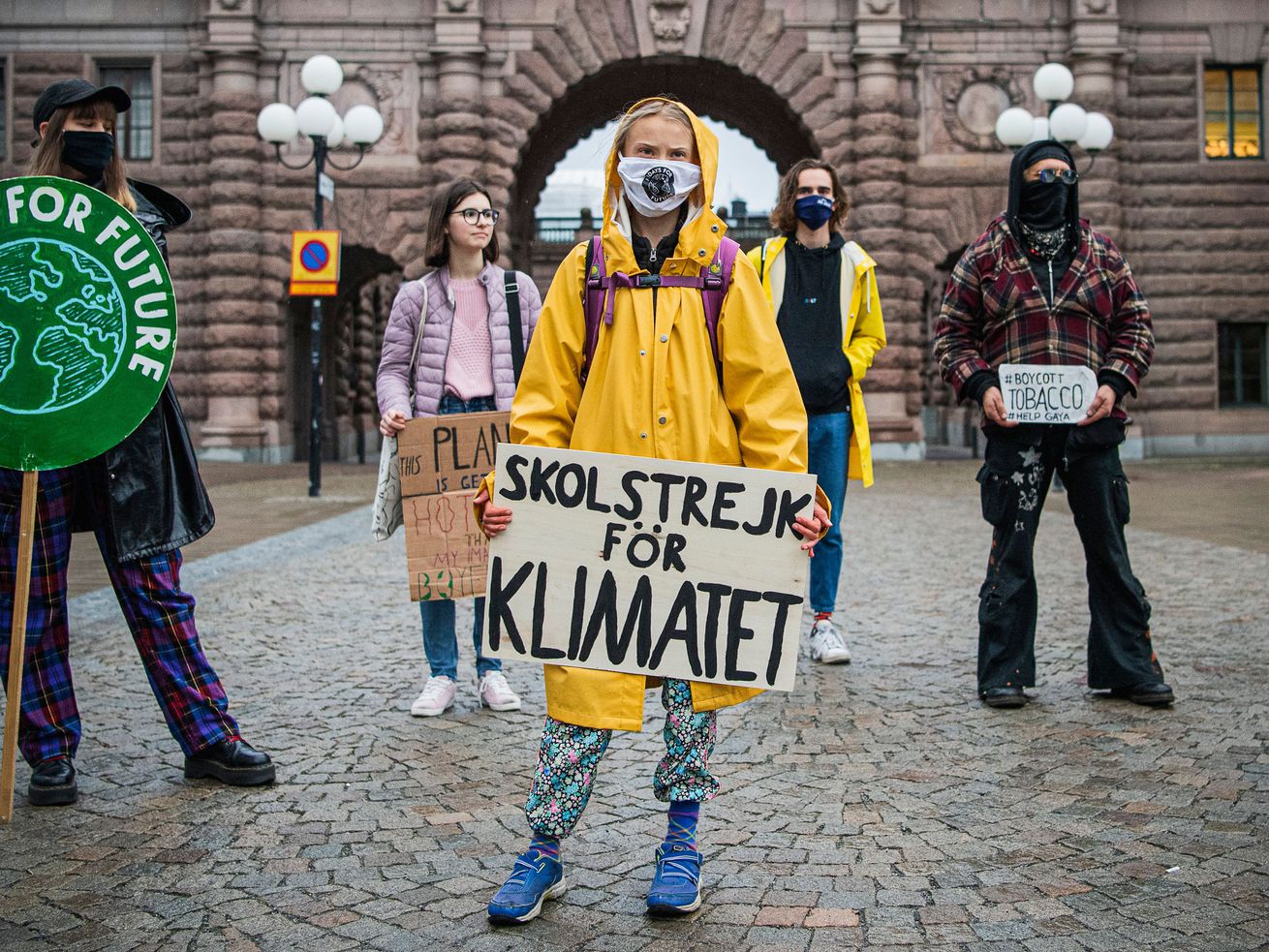 The UN conducted the survey through ads in popular games like Angry Birds and Words With Friends.

More than two-thirds of the world’s population believe climate change is an emergency and think four key policy areas can fix it: conservation, renewable power, climate-safe farming, and investing in green businesses and jobs.

That’s according to the results of the Peoples’ Climate Vote, a UN survey of 1.2 million people in 50 countries and 17 languages — a sample representing 56 percent of the world’s population over the age of 14.

The most significant proportion of people who felt climate change is an emergency (74 percent) came from Belize, Fiji, and Trinidad and Tobago — countries the report identifies as “Small Island Developing Nations,” or SIDS, that are particularly vulnerable to climate-change impacts like sea-level rise and drought.

Of the participants who said climate change was an emergency, 59 percent thought that everything possible should be done to solve the problem, while 20 percent approved a slower, more incremental response. Only one in 10 thought the world is currently doing enough. 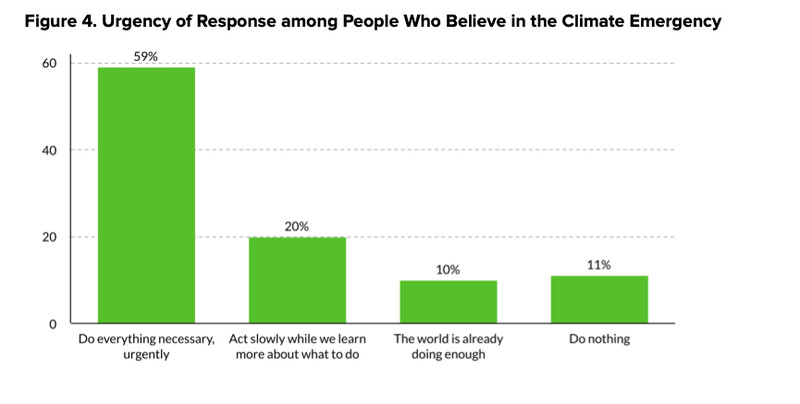 How most of the world feels about climate policies

All participants were given 18 policy choices from six different areas — energy, economy, transportation, farms and food, protecting people, and nature — and were asked to choose which they’d like to see become law.

The least popular policies overall were changing to a plant-based diet (30 percent) and good and affordable insurance to better protect people from extreme storms, flooding, droughts, forest fires, and other climate impacts, with only about a third of participants backing it (32 percent).

Swedish climate activist Greta Thunberg tweeted her thoughts on the survey, finding it “most interesting” that just 10 percent of people thought world leaders were doing enough to solve the emergency. Recently published research indicates that Americans familiar with Thunberg are more likely to have stronger intentions on joining collective action to combat climate change.

How the survey was conducted: Angry Birds and Words With Friends

The survey was conducted by the United Nations Development Program (UNDP), analysts at the University of Oxford, and NGO partners using a new approach: mobile gaming. The survey is part of the Mission 1.5 campaign, which kicked off in February 2020 and seeks to educate people about climate change and get their opinion on how governments should act to address it.

From October 7 to December 4, 2020, advertisements in popular mobile games like Angry Birds and Words With Friends were replaced by the survey in 17 languages. The approach led to a much wider sample of 1.2 million respondents and more representation across all ages, genders, and levels of educational attainment than would’ve been possible through traditional polling methods.

The UN selected 50 countries broadly representing the regions where it operates: Western Europe and North America, Africa, Arab States, Asia and the Pacific, Eastern Europe and Central Asia, and Latin America and the Caribbean — representing 56 percent of the world’s population over the age of 14. A hefty 35 percent of the 1.2 million respondents, some 421,170 people, completed all the survey questions.

Survey questions were drawn from a game that puts players in the role of politicians who are trying to limit global warming to 1.5 degrees or less through different policy areas. Both the warming target and policy areas are from real recommendations from the UN’s Sustainable Development Goals and checked by experts on climate science and policy from the Intergovernmental Panel on Climate Change and NASA .

Researchers at the University of Oxford analyzed the results with a margin of error of 2 percent.

The survey could be a climate policy roadmap for world leaders

The survey results provide an invaluable asset for world leaders who will come together later this year at COP26, the UN’s annual climate change conference, to reexamine their commitments to the Paris agreement.

And just this week, the UN held a Climate Adaptation Summit focused on how countries can better prepare for the worst impacts of climate change such as sea-level rise, heat waves, and extreme storm damage.

In his remarks during the summit, US Special Presidential Envoy for Climate John Kerry said the US was committed to “doing everything we possibly can” to make sure that COP26 “results in ambitious climate action in which all major emitter countries raise ambitions significantly and in which we help protect those who are the most vulnerable.”

The Peoples’ Climate Vote, which represents the opinion of the majority of the world, including the most vulnerable, lets Kerry and other international leaders know which policies they feel should be used to address the climate emergency: conservation of forests and land; solar, wind, and renewable power; climate-friendly farming techniques; and investing more in green businesses and jobs.

And in the US, it appears the Biden administration is already tending to these policy concerns with a series of executive orders geared toward addressing climate change. One buried but important provision would protect 30 percent of US lands and waters by 2030, which aligns with demands for conservation policy.

And at a January 27 press briefing, when asked how the US would strengthen its commitment to the Paris agreement, Biden’s climate czar Gina McCarthy said when it comes to public land the administration would look at “carbon in our soil, to work with agriculture and others to look at how we better manage our forests so we’re not seeing the devastating forest fires that we’ve been having before.”

What teeth Biden’s executive orders on climate will have, as well as the level of input and collaboration with other world leaders on tackling the climate emergency, remains to be seen.

Source: Two-thirds of the world’s population think climate change is an emergency