Sad movies take a lot of forms, but this list of good Netflix films hits the big buttons, including some of the most powerful movies to watch about star-crossed love, concentration camps, death, and Adam driving yelling a bunch.

Regardless of what gets your tear ducts primed and pumping, there is something in this list must-watch streaming sobfests that will get at your heart’s sorrow spot. “Enjoy” the 15 saddest movies on Netflix right now responsibly. 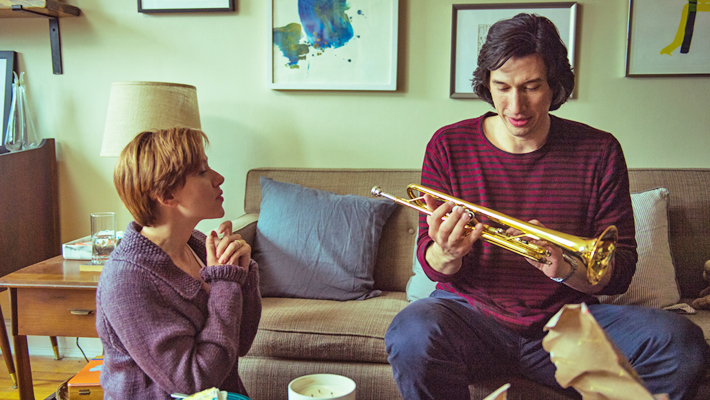 Noah Baumbach’s star-studded divorce drama is pure Oscar bait, but in the best way. The film takes a look at messy breakups with Scarlett Johansson playing an actress and mother named Nicole, who is intent on separating from her stage director husband Charlie (Adam Driver). Laura Dern and Ray Liotta play their hard-hitting lawyers, who don’t help in diffusing the tension and resentment building between the pair when Nicole moves herself and their son across the country. It’s an intimate look at the emotional wreckage of a divorce and the struggle to put a family back together again, and it’s carried by some brilliant performances by Driver and Johansson. 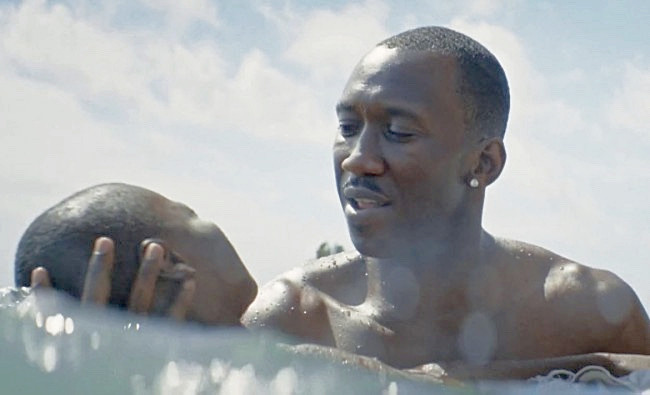 Barry Jenkins’ Moonlight will always be remembered for winning the Academy Award for Best Picture after a mix-up that initially named La La Land as the winner. But that’s just an asterisk attached to a momentous coming-of-age story set over three eras in a young man’s life as he grows up in Miami, grappling with the sexuality he feels will make him even more of an outcast while searching for guidance that his drug-addicted mother (Naomie Harris) can’t provide. The film is both lyrical and moving and won justifiable acclaim for its talented cast, including a Best Supporting Actor award for Mahershala Ali as a sympathetic drug dealer. 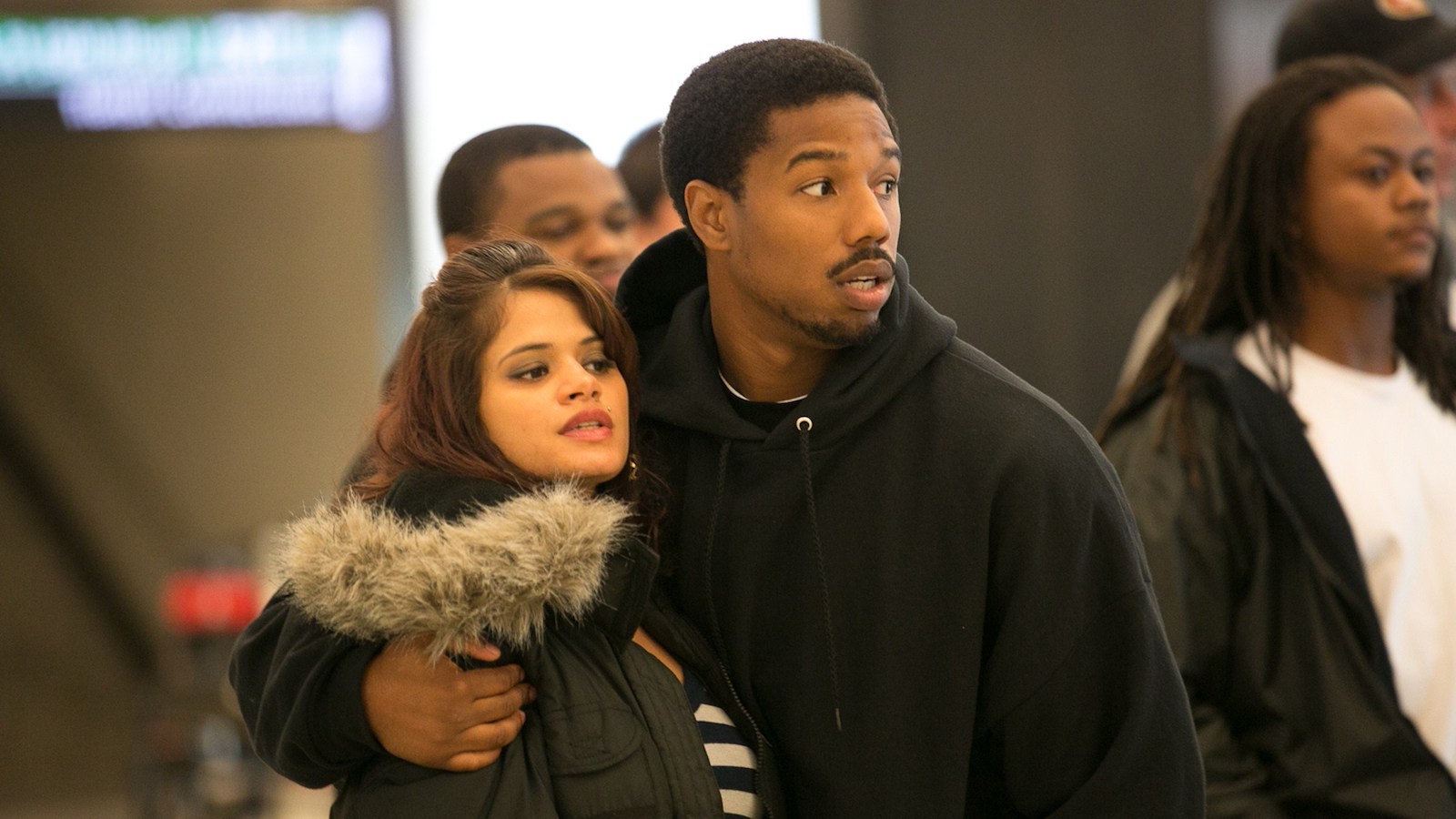 Michael B. Jordan carries this powerful drama from Ryan Coogler. The film marks Coogler’s debut and covers the true story of Oscar Grant III, a Bay-Area resident who was killed in 2009 by BART police officer Johannes Mehserle at the Fruitvale district station of the Bay Area Rapid Transit (BART) system in Oakland. Rather than focusing solely on the tragedy, Coogler weaves a compelling story of a young man who wrestled with his past and had hope for his future just before his life was taken from him. 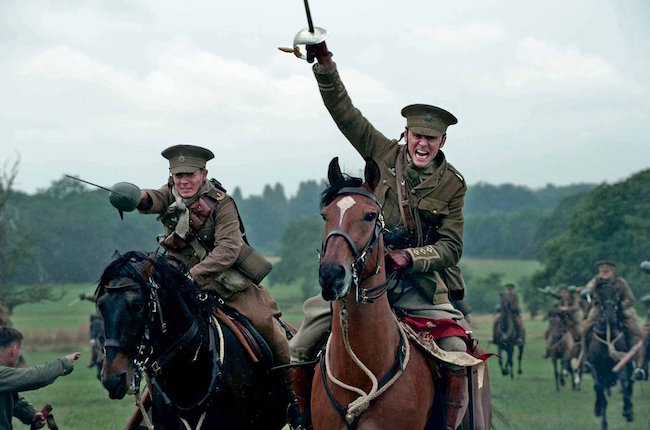 Horses, like dogs, make for worthy emotional fodder and this Steven Spielberg World War I epic proves it. There’s plenty of front-line action here, but it’s filtered through the lens of a young boy named Albert (Jeremy Irvine) and his connection to his beloved horse. When the animal is sold to the cavalry, Albert enlists and leaves his small English village to track down his best friend. Tom Hiddleston and David Thewlis also star as Spielberg uses sweeping shots of tattered battlefields to give us a birds-eye-view of the devastation war can cause. 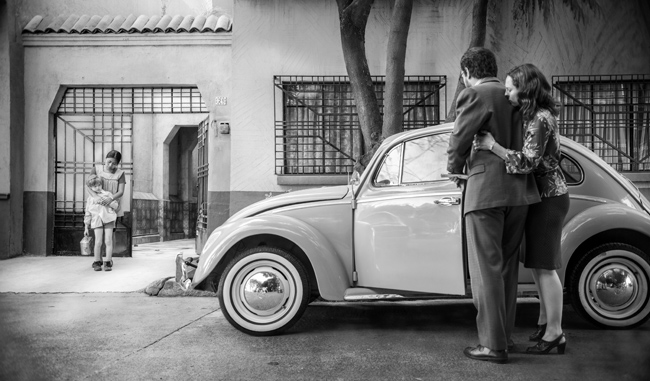 Oscar-winning writer/director Alfonso Cuaron delivers what may be his most personal film to date. The stunningly-shot black-and-white film is an ode to Cuaron’s childhood and a love letter to the women who raised him. Following the journey of a domestic worker in Mexico City named Cleo, the movie interweaves tales of personal tragedy and triumph amidst a backdrop of political upheaval and unrest. 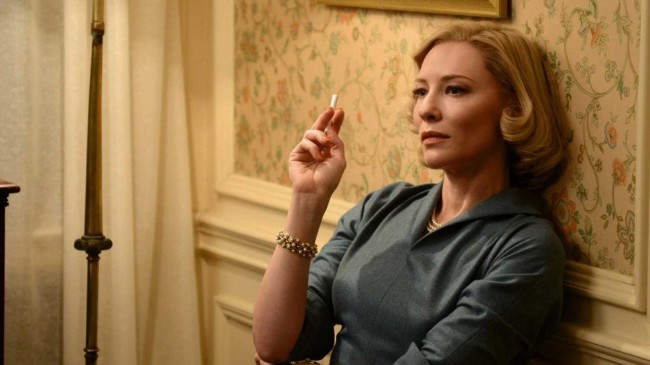 Patricia Highsmith made her name with dark, misanthropic thrillers like The Talented Mr. Ripley and Strangers on a Train. But her early work also included The Price of Salt, a novel about the relationship between a shopgirl and an older married woman. Rooney Mara and Cate Blanchett bring this doomed romance to life, playing a pair of lovers kept apart by societal conventions. Their heartbreaking romance ends as well as can be expected, but the journey definitely involves some tears. 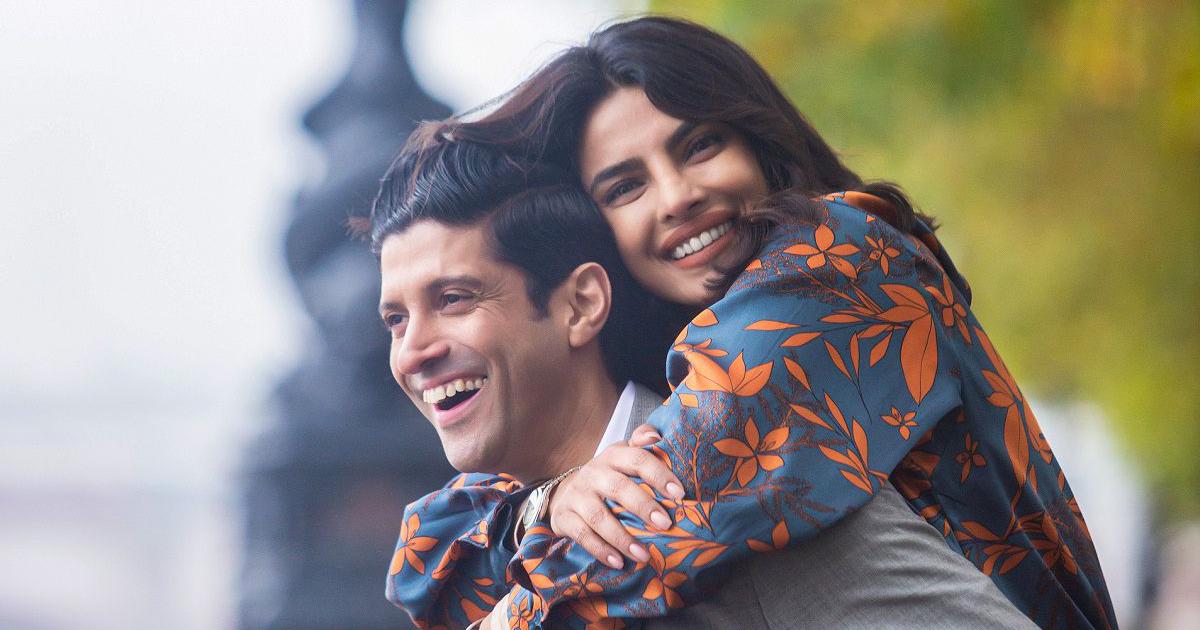 Priyanka Chopra stars in this absolute tearjerker from Indian director Shonali Bose, playing a woman named Aditi whose epic love story is told in the past and present tense by her daughter. Spanning decades, we see Aditi’s relationship with her husband play out from the eyes of her spunky teenage daughter who was diagnosed with pulmonary fibrosis. It’s devastating yet hopeful — the perfect combo to get those tear ducts working. 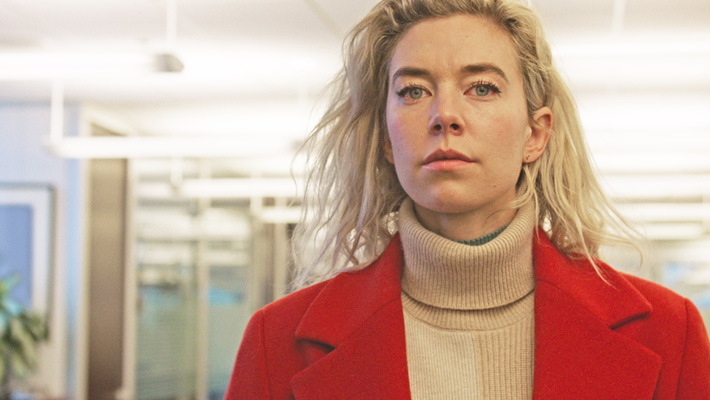 Be warned: this film is basically two hours’ worth of emotional terrorism. You should still watch it, mostly because Vanessa Kirby delivers a star-making performance as Martha, a young woman who experiences a terrible loss and goes on a year-long journey to cope with it. Shia LaBeouf plays her husband, who kind of crumbles under his own grief, and Ellen Burstyn plays Martha’s overbearing mom. The sad bits never really let up, but then again, that’s what you’re here for, right? 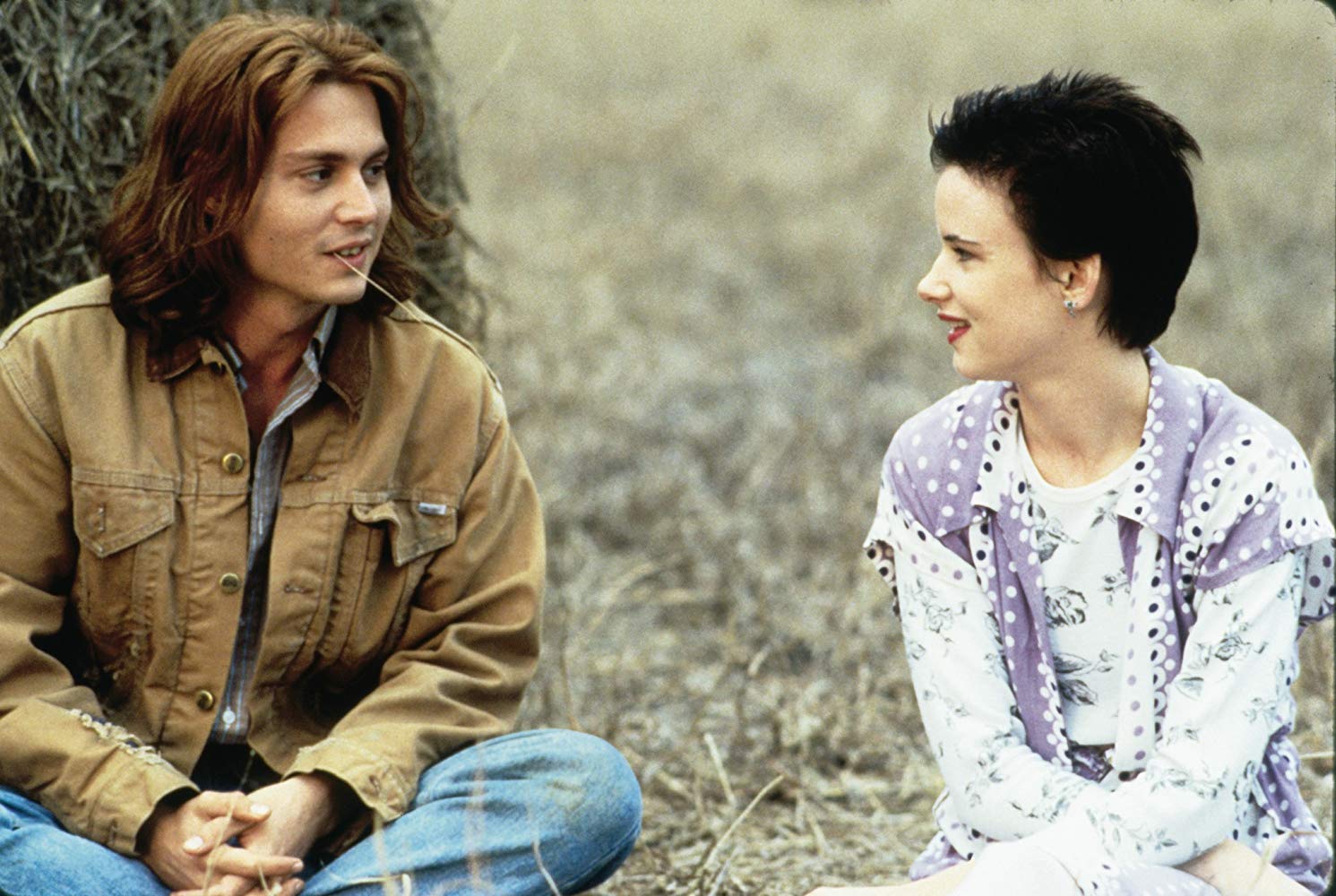 Johnny Depp and Leonardo DiCaprio star in this heartbreaking family drama about a young man struggling to care for his disabled brother and morbidly obese mother. Depp plays the titular Gilbert Grape, a kid with plenty of dreams and even more responsibilities keeping him from pursuing them. DiCaprio plays his mentally challenged younger brother Arnie who relies on Gilbert and their mother — a woman whose weight threatens her health — for everything. It’s a tearjerker for sure, but it’s also brilliantly acted and painfully relatable. 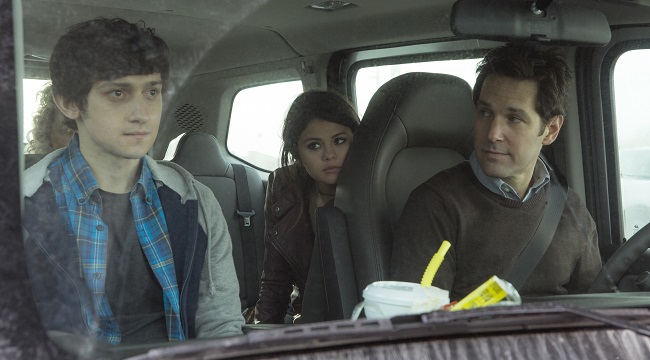 Paul Rudd is at his most charming and charismatic here. He plays a newly trained caregiver to a distant teenager with muscular dystrophy named Trevor. After some icebreaking, the two set out on a trip to see some of the most boring roadside attractions middle America has to offer. It’s a bit more optimistic and feel-good than others on this list but don’t let Paul Rudd’s cuddly vibes fool you — there will be tears. 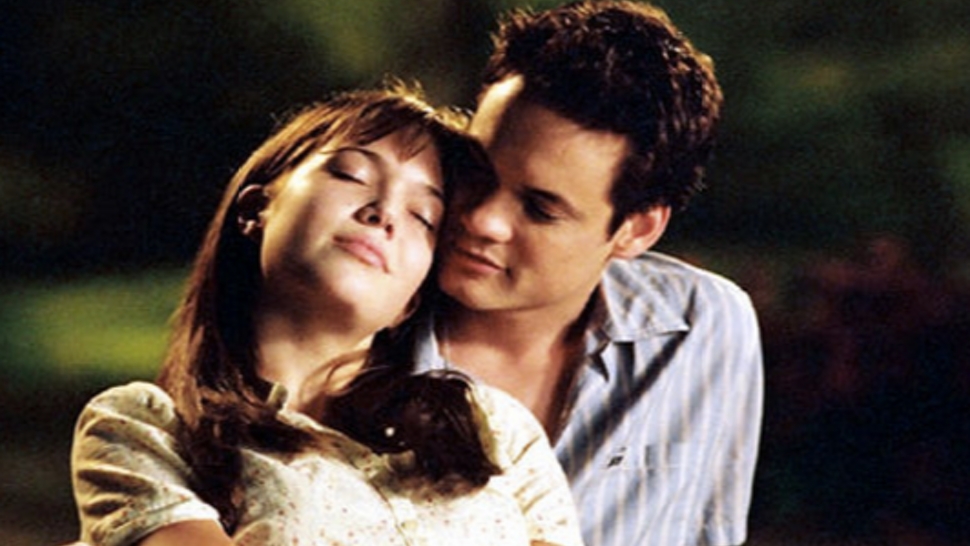 Is there any movie more soul-crushingly tragic than this Nicholas Sparks gem from the early 2000s? Answer: no. Mandy Moore plays a cancer-stricken teen named Jamie Sullivan who attracts the attention of school jock Landon Carter after he gets into a bit of trouble and is forced to do community service to make up for it. It’s a tropey opposites-attract love story, but Moore’s rather exceptional in it and the soundtrack doesn’t suck either. 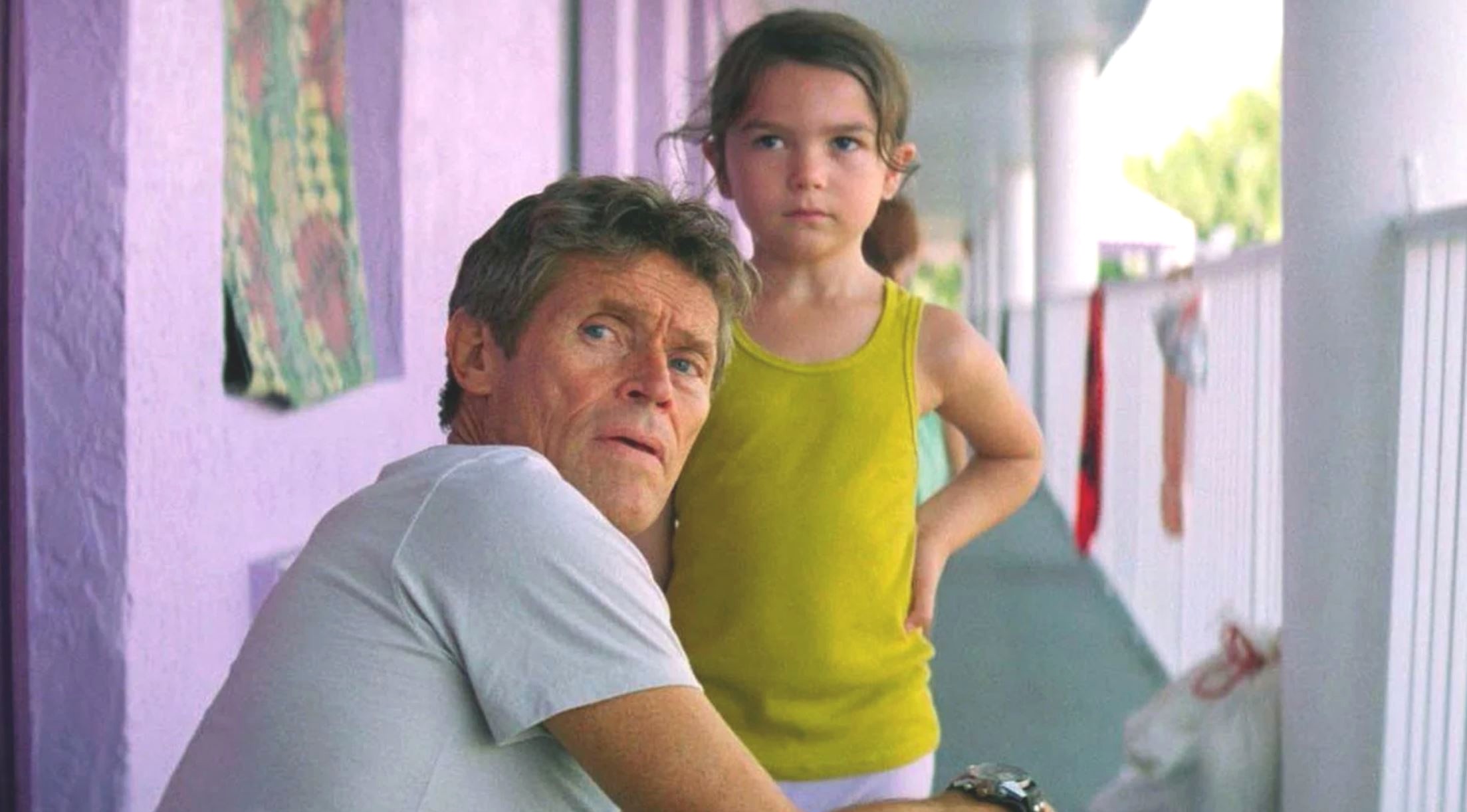 Willen Dafoe lends his name to this little indie that generated plenty of buzz during awards season just a few years ago. It follows the story of six-year-old Moonee (Brooklynn Prince) who lives with her mother in a run-down motel near Walt Disney World. Moonee, along with a couple of kids also living at the motel, gets into all sorts of mischief while her mom works first as an exotic dancer, then resorts to prostitution when things get rough. Poor and neglected, Moonee still finds joy in her unforgiving environment and though things end on a bittersweet note, this feels like one of the more hopeful movies on this list. 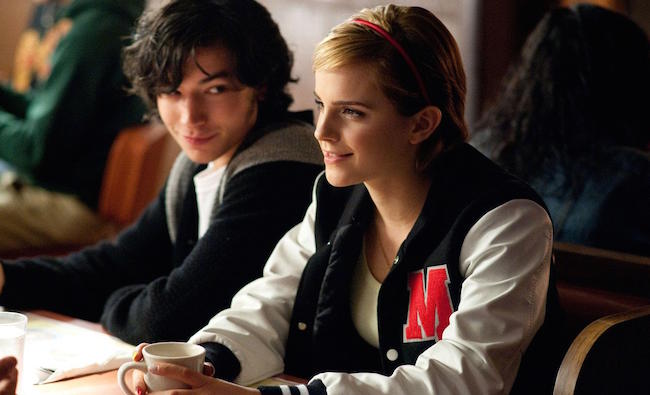 This coming-of-age indie is based on a beloved book, but if fans were worried that the story of a depressed teenager who finds friends and a sense of belonging in a group of lovable misfits wouldn’t translate on screen, they shouldn’t have been too concerned. Stephen Chbosky wrote the novel, but he also penned the screenplay and directed this flick, which sees Logan Lerman play Charlie, the social outcast, and Emma Watson play Sam, the alt-pixie-dream girl he falls for. Everyone’s good in this, but it’s Ezra Miller’s Patrick who really stands out. 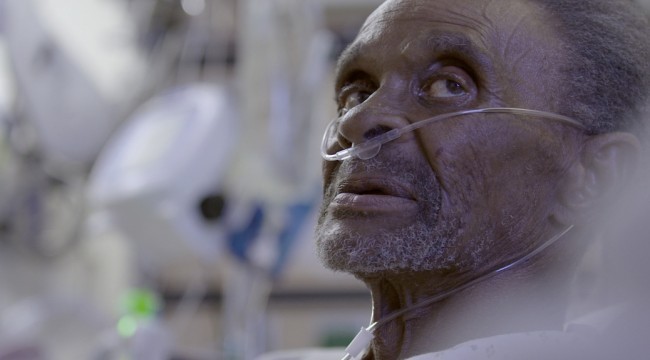 Clocking in at 24 minutes, the Oscar-nominated Extremis really would only work as a short, as its subject matter is almost unbearably heavy. Following terminal patients, their families, and their doctors, the tearjerker zeros in on the decision that many people are forced to make: whether to end a life or keep struggling to hold on. Netflix’s first foray into short documentary, it’s raw insight that can be rough for anyone who has been in similar shoes or spent any time facing dire choices in a hospital. 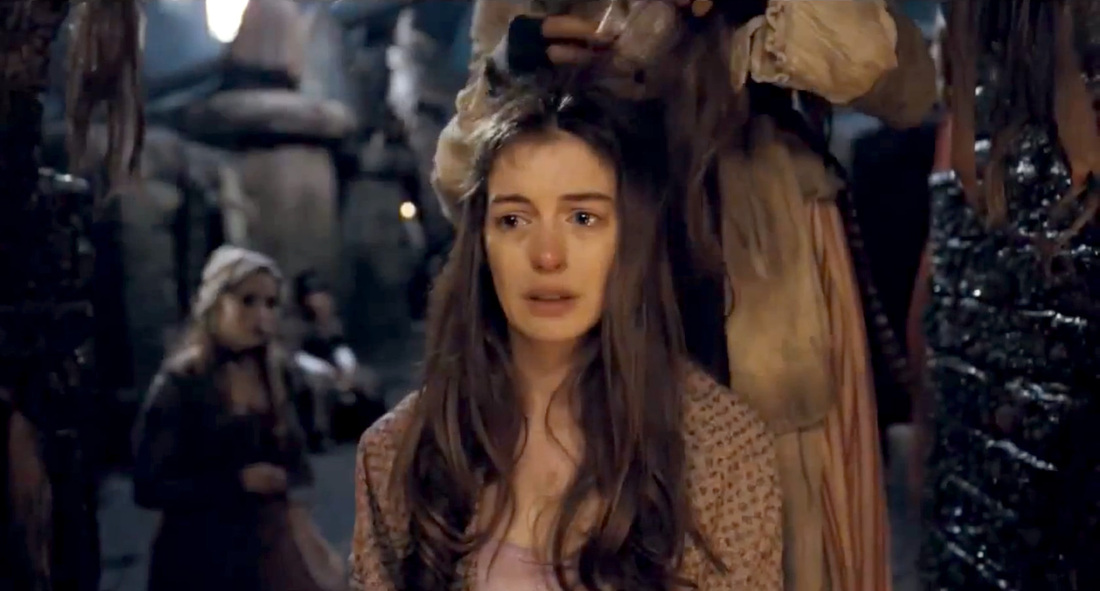 Before he gave us the truly horrifying theatrical interpretation of Cats, director Tom Hooper helmed another stage-to-screen adaptation, this one centering on revolutionary-era France. Anne Hathaway, Russell Crowe, Hugh Jackman, and Eddie Redmayne lead the cast of this star-powered vehicle which took home three Oscars and tells the tragic story of Fantine (Hathaway), a prostitute who gives up her daughter and Jean Valjean (Jackman) a man hounded by a dogged policeman. Their lives connect in interesting ways over the years but be prepared, Hathaway’s performance will break your soul.