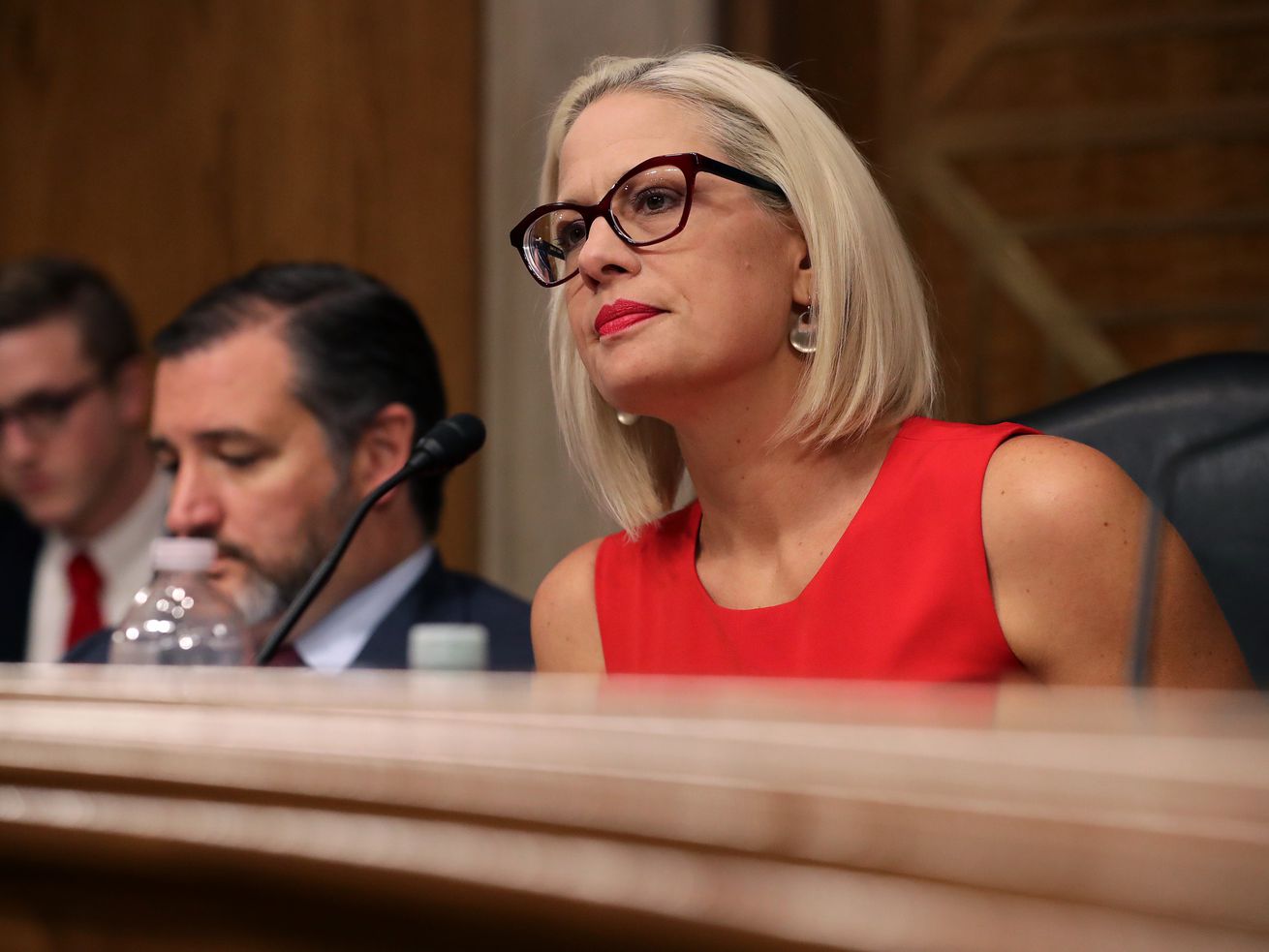 Most of Arizona’s likely voters are open to rules changes in the Senate — despite Sen. Kyrsten Sinema’s objections.

Ask likely voters in Arizona — one of the states with a moderate Democratic senator opposed to ending the filibuster — and they’re more interested in passing major legislation than keeping Senate rules intact, according to a new poll.

In a February Data for Progress survey, 61 percent of likely voters in the state said they favor approving key bills, compared to 26 percent who think it’s more important to “preserve traditional Senate procedures and rules like the filibuster,” though the response differed notably across party lines. Seventy-six percent of Democrats thought approving major legislation was more important, as did 66 percent of independents, while just 42 percent of Republicans did.

Currently, because of the legislative filibuster, most bills require 60 votes to pass, giving Senate Republicans the ability to stymie major Democratic priorities, including voting rights legislation, gun control measures, and immigration reform. If Democrats were to eliminate the filibuster, a stance that the full caucus — including Arizona Sen. Krysten Sinema (D-AZ) — has yet to back, they’d be able to pass such bills with just a simple majority, or 51 votes. (Democrats hold 50 votes in the evenly divided chamber, but if the caucus sticks together, Vice President Kamala Harris can cast a tie-breaking vote in their favor.)

This data indicates that the majority of Arizona’s likely voters would back a procedural change in the Senate if it was needed to approve important legislation, an issue that Democratic lawmakers will likely have to confront later this term as they weigh what, if anything, to do about the filibuster.

Arizonans’ perspective on the issue is interesting given Sinema’s stated opposition to such changes thus far: At the start of this term, she was one of two Democrats who publicly reaffirmed her backing for preserving the filibuster, alongside Sen. Joe Manchin (D-WV). “She is not open to changing her mind about eliminating the filibuster,” a Sinema spokesperson told the Washington Post in January. And more recently, Sinema again emphasized that she believed the practice was important to help Senators in the minority maintain a voice.

“Regardless of the party in control of the Senate, respecting the opinions of senators from the minority party will result in better, common-sense legislation,” Sinema wrote in a letter to a constituent. “My position remains exactly the same now that I serve in the majority. While eliminating the filibuster may result in some short-term legislative gains, it would deepen partisan divisions and sacrifice the long-term health of our government.”

This poll suggests, however, that most of her constituents may feel differently.

Similarly, it finds that 62 percent of all likely Arizona voters support gradually increasing the minimum wage from the existing $11 in the state to a federal standard of $15. Recently, Sinema voted against overruling the Senate parliamentarian and including a minimum wage hike in the budget reconciliation process. A $15 minimum wage has the backing of 89 percent of Democrats, 54 percent of independents, and 42 percent of Republicans in the state.

Sinema, in 2018, managed to pull off a very narrow victory in the state by bringing together a coalition of Democrats, independents, and Republicans, and has branded herself as someone who champions bipartisanship. Based on this poll, it appears that many of those voters would favor procedural and policy changes she has yet to support.

The poll — which included 662 respondents — was fielded from February 19 to 22, and has a sampling margin of error of 4 percentage points.