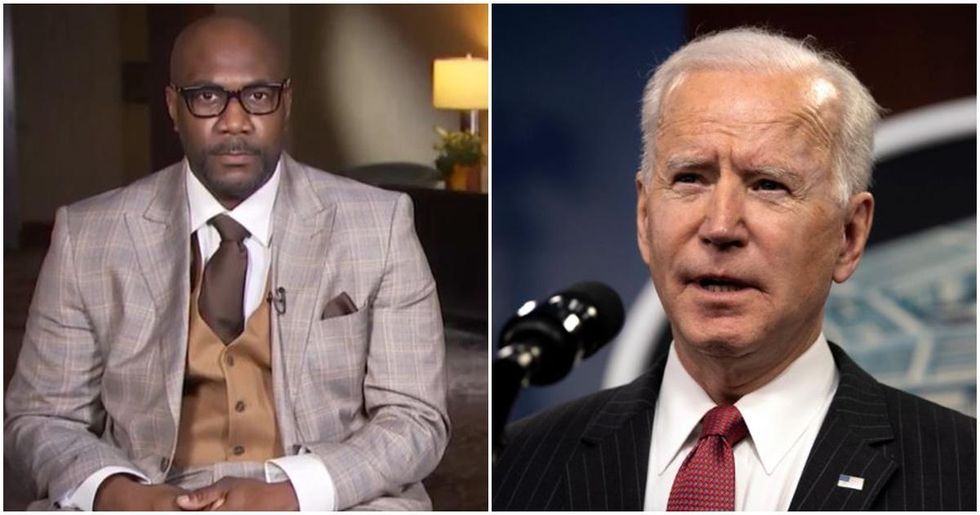 As the nation braces itself for the verdict in the Derek Chauvin trial, President Biden has embraced the family of George Floyd at what has to be an incredibly stressful time.

Following closing arguments in the Chauvin trial on Monday, Judge Peter Cahill has sent jurors to deliberate. The verdict is expected to come in the next few days.

“He was just calling,” George’s brother, Philonise Floyd, said about the president. “He knows how it is to lose a family member, and he knows the process of what we’re going through. So he was just letting us know that he was praying for us, hoping that everything will come out to be OK.”

Biden lost his wife and one-year-old daughter in a tragic car accident in 1972 and his son Beau to cancer in 2015.

The president’s kind-hearted actions seem like an extension of the Healer-in-Chief role he’s created for himself since taking office in January.

The nation has been in mourning after the devastation caused by COVID-19, the murder of George Floyd, and a contentious election.

On Tuesday, Biden shared his thoughts on the trial because they won’t interfere with the deliberations of the sequestered jury. Ahead of a meeting with lawmakers in the Oval Office on Tuesday, Biden said he is “praying the verdict is the right verdict” that he believes the evidence to be “overwhelming.”

The president has previously denounced Floyd’s death but hasn’t shared his opinion on the trial.

President Biden says he spoke to George Floyd’s family and he’s “praying the verdict is the right verdict” in the C… https://t.co/kVOjUOZjKq — The Recount (@The Recount)1618935632.0

The upcoming verdict has the nation on edge. Regardless of the outcome, people are going to take to the streets. Many fear that if Chauvin gets off, there will be widespread civil unrest. However, Philonise Floyd says that his family is cautiously “optimistic.”

“Me and my family, we pray about it every day,” Floyd said. But he feels that the decision will be a reckoning on the current state of justice in America.

The family hopes that if people take to the streets, regardless of the verdict, they will be “peaceful.” But Philonise understands the grief that many are feeling across the nation. This feeling was recently exacerbated after Duante Wright was killed by a police officer a few miles from where Floyd died.

“But at the same time, I can’t stop people from doing the things that they’re doing because people are in pain,” Floyd said. “They’re hurt.”

The 12 jurors in the trial have three counts to consider as they come to a verdict. Chauvin is charged with second-degree unintentional murder, third-degree murder, and second-degree manslaughter. He could be found guilty of all the charges, some or none.

If Chauvin is convicted of the most serious charge, he faces 12.5 years or 15 months in prison under sentencing guidelines for a first-time offender. However, the prosecution claims there are aggravating factors that could result in a longer sentence.

Source: Joe Biden called George Floyd's family to say he's 'praying' for them as they await the verdict